By Laura Smith
0 Comments
Thousands of people punted and partied at this year’s Riverton Easter races.

There were 10 races at the Riverton Racing Club’s Easter Carnival on Saturday but other activities at the event included mini-Jeep rides, bouncy castles and pony rides for children, as well as live music and plenty of food options. 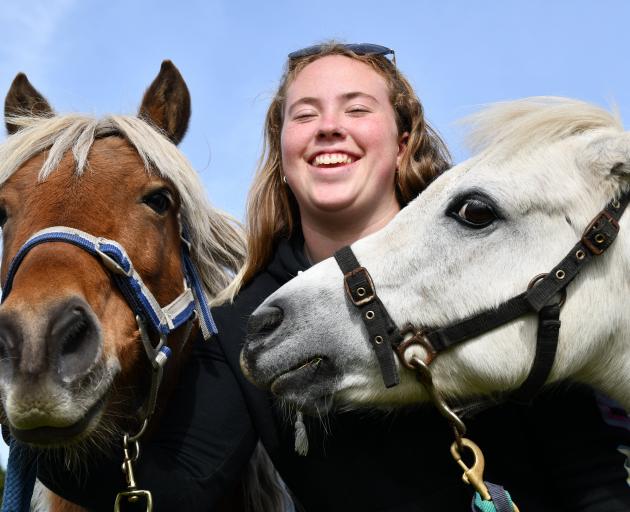 Popular ponies Ruger (left) and Pepper enjoy a break from giving rides to children with owner Tahlia Ward during the Riverton Racing Club Easter Carnival on Saturday. PHOTOS: LAURA SMITH
"We’ve had to open two other car parks to fit everyone in. They are good problems."

It was typical to see about 5000 people attend.

Race days were important for both the club and trainers, he said. 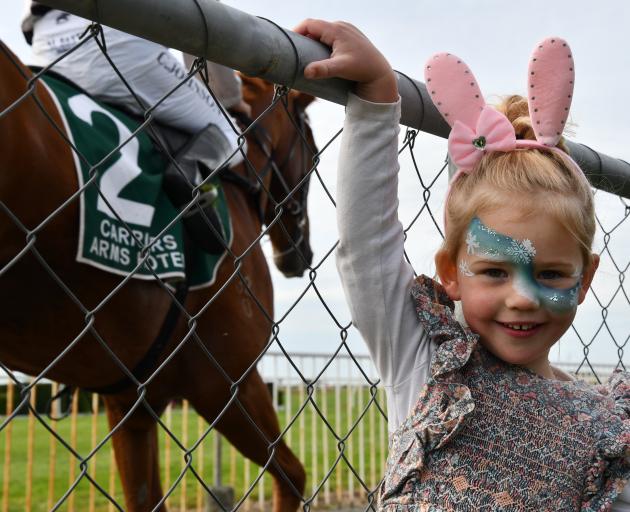 Cora Hale (4), of Wanaka, enjoys spending time with her family at the races.
"They are just part of the fabric of Southland. A lot of young people enjoy the day out.

"It would be a huge loss if it ever went from here."

It was an ongoing challenge to keep the track open, as it had been for others, he said.

However, the club remained committed to doing the best it could, and did not worry about anything else that was happening, he said.

Horses surge towards the finish line.
Among the patrons were the Hale family, of Wanaka, who were holidaying in Riverton over Easter.

Lizzie Hale said her 4-year-old daughter Cora was having a blast.

Race-watchers were as well, and the crowds became more enthusiastic as the afternoon progressed.

Perhaps less enthusiastic was Final Savings, who contested race No 5.

Entrants in the fashion in the field competition.
The horse took a little persuading by jockey Rahul Beeharry to get the the start line, and Beeharry was thrown off before they got there.

However, once racing, Final Savings used that energy to beat all other runners home.

Another 10 races will be run today, the second day of the meeting. 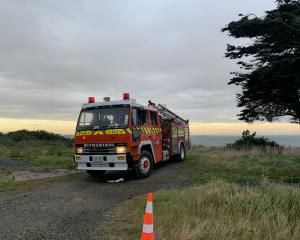