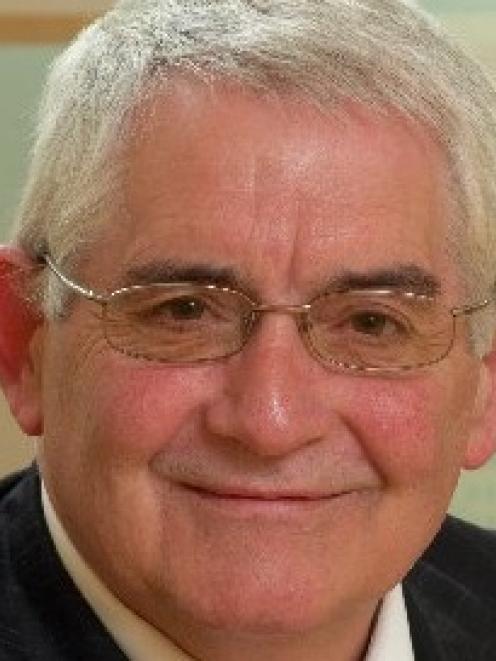 Richard King
The Bluff resident who put forward the idea of an Auckland to Bluff international yacht race is to be paid a $25,000 ''rights fee'', the budget for the inaugural race shows.

Photographer Raoul Butler, who was involved in race plans until the middle of last year, would not talk about the fee when contacted yesterday.

The information was included in a report to Environment Southland from Invercargill City Council chief executive Richard King.

The council and Venture Southland have been leading the charge on organising the Bluff end of the race and the council has already agreed to contribute $100,000 towards the first-year budget of $1.55 million.

On behalf of the council, Mr King is seeking a one-off payment of $180,000 from Environment Southland to pay for moorings and infrastructure - possibly hired pontoons - at Bluff for the up to 30 yachts expected to participate.

The main promoter of the race, scheduled to start in Auckland on Waitangi Day next year, is Auckland film producer Murray Francis. He has backing from the Royal Akarana Yacht Club and Yachting New Zealand, and in December the Government announced it would invest $440,000 in the first race because of its economic development potential.

Mr Butler put the idea of a race to the Invercargill City Council about three years ago. In March and April 2011, he was part of council delegations which flew to Auckland and Wellington to drum up support from Yachting New Zealand and the Government.

New Zealand Companies Office records show he and Mr Francis were the founding shareholders in a company called A2B@C Ltd, but Mr Butler ceased to be a shareholder in June last year and was replaced by Yachting New Zealand.

An amount of $100,000 is being sought from a major commercial sponsor. In addition, $30,000 is expected from television rights and the same from entry fees, set at $1000 per vessel.

In his report, Mr King said the race would have ''considerable economic benefits'' for Bluff, Invercargill and Southland ''as with the destination in the Sydney to Hobart race, it is Hobart that gains the greatest benefits''.

Benchmarking the Auckland to Bluff race against the Sydney to Hobart race, it was calculated it would generate $18.23 million of ''new money'' for Southland over 10 years, he said.

The calculation was conservative, he said.