The road was extensively damaged during the February floods. Photo: NZTA
A decision to repair the first 11km of the flood-damaged Lower Hollyford Rd by December 20 is a "pragmatic outcome", a petition organiser says.

Veteran Queenstown aviator Jules Tapper started an online petition five weeks ago calling for the road to be repaired by summer.

Representatives of the NZ Transport Agency, Ngai Tahu, the Department of Conservation and the road’s owner, the Southland District Council (SDC), agreed yesterday to start the work as soon as possible.

NZTA will spend $400,000 restoring the road up to where a 100m section beside the Hollyford River was washed away in the February floods.

A decision on the remaining 5km has been deferred to next month.

Mr Tapper, whose petition has been signed by more than 3200 people, said he accepted the restoration of the washed-out section would be "time-consuming and expensive" because it would involve encroaching on national park land.

However, he was pleased that from December 20, visitors would be able to traverse the washed-out section and walk the final few kilometres to the start of the popular Hollyford Track.

In a media statement, NZTA Otago-Southland system manager Graeme Hall said a working group would discuss options for the rest of the road and report back in three weeks.

The 16km road, which runs from State Highway 94 to the start of the Hollyford Track, has been closed from beyond the Lake Marian car park since the February storm. 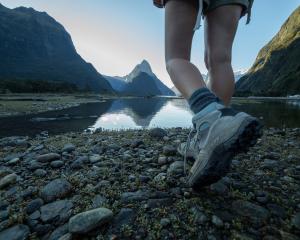