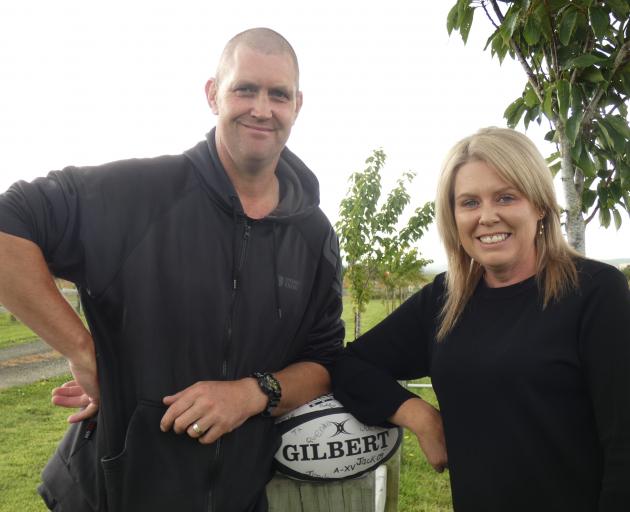 He has launched a petition calling for the creation of a national cancer agency with oversight of care throughout the country.

The 38-year-old father of two knows his campaign for cancer care reform will not save his life. But he hopes it can save others.

Mr Vining has lived a lot of life in the nine months since his diagnosis, but there is one thing he still wants to tick off his bucket list.

Most district health boards are falling short when it comes to cancer care and there is no accountability, Mr Vining said.

That was where a national agency with oversight of the whole country could be a game changer.

So far more than 60,000 people have signed the petition which closes next Friday, but Mr Vining needed 300,000 signatures to trigger a referendum.

Mr Vining said his family was a huge motivation for the petition and his wife is the reason he is still here.

"When we got our letter [after diagnosis] saying I had six to eight weeks to wait [to see an oncologist] and I only had six weeks to live, that part was just like 'What the hell?'. It really threw a spanner in the works and that was the part that really opened our eyes and made me want to do something about it."

It made him realise how broken the system was.

His wife, Melissa, got him treatment through the private sector and now Mr Vining takes each day as it comes, hoping to live it to the fullest and to tick off the last bucket list item.

"If we can get this cancer care plan out there and up and running then I'll die a happy man and then I'll know everything's being done to look after my family and friends and the rest of the country."

In support of the petition his 12-year-old daughter, Lilly, penned a letter to the Prime Minister, Jacinda Ardern.

"I think it shouldn't matter where you live in New Zealand or if you are rich or poor, anyone with cancer should be able to receive the best possible care," her letter said.

And the petition also attracted the attention of Invercargill Mayor Sir Tim Shadbolt, who appeared "nude" in a humorous video showing his support and declaring Mr Vining a "national hero ... making a stand for the whole of New Zealand".

While Mr Vining was immensely proud of his daughter and pleased with the support of high-profile people like Sir Tim, he needed the support of everyday New Zealanders to get 300,000 signatures before it closes next Friday.

"Thirty seconds out of their time and they might even be saving their own life."

Mr Vining's plan would sound familiar to the government.

In 2017, the Labour Party campaigned on the creation of a national cancer agency and $20 million to get it off the ground. But two years on and no agency exists.

Health Minister David Clark told RNZ via a statement he agreed "we can do better, particularly for Māori and Pacific people, which is why I've asked the Ministry of Health to work on a new cancer action plan".

"It has been clear to me for many years that we can and should do better for many patients who suffer from cancer," he said.

"The plan will improve national consistency of services, equity, and health outcomes for people with this disease through better collaboration between DHBs, their clinicians, and the wider cancer care sector.

"The Director General of Health has committed to delivering the interim cancer action plan to me by the end of this month."

Dr Clark said he would make decisions about implementation of the plan later this year.

If you would like to sign the petition you can follow the following link ot the parlament.nz website https://www.parliament.nz/en/pb/petitions/document/PET_87829/petition-of...
If it does not show up a as hyperlink then copy and paste it into your browser address bar.

Sadly my daughter is fighting to get a colonoscopy through the health board. Despite having part of her bowel removed last year and is now having problems. SDHB needs to take more care of the people in Southland. A nurse told her today that it didn't need rushed, after all people can live with out a bowel. Something needs done about this it really does, how many more people are going to be terminal because of SDHB. My feelings are that they are actually guilty of manslaughter