It  is time to heal the wounds and for the Invercargill City Council to face its obligations with iwi, Mayor Sir Tim Shadbolt says. 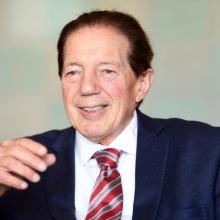 The decision, which still needs to be confirmed in the next full council meeting, meant each runanga — Waihopai Runaka and Te Runanga o Awarua — would have its own representative with voting rights on the council’s performance, policy and partnerships committee and infrastructural services committee.

Legal counsel Michael Morris also recommended the council offer an advisory role on the Bluff Community Board for Te Runanga o Awarua and to consult Maata Waka and any other Maori voices about those roles.

Despite councillors adopting Mr Morris’ recommendations, not all agreed. 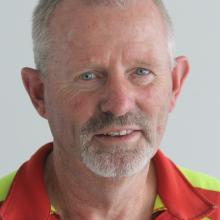 Nobby Clark.
Deputy mayor Nobby Clark showed his opposition and proposed an amendment asking to leave the discussion on the table to be resolved next term, after the election next year.

Among his explanations, he said it was wrong time to consider this as the Government was undertaking a local government review and the public should be consulted.

He said Ngai Tahu recently declined to have four seats at the Southland mayoral forum or have a Maori ward within the council.

‘‘Both of these rejections, in my view, reflects that Ngai Tahu is no longer seeking to be a minority role on any group and, to me, this would include this council.’’

It was appropriate to wait to see what local government would look like, he said.

Cr Peter Kett said the timeframe was too short.

Sir Tim Shadbolt said it was time for council face the issue and do it as quickly as it can.

He said in the past he was against the Treaty of Waitangi and called it a fraud, but believed it was not an option now to create those roles in the council.

‘‘I know it [the relationship] has faults, but it hasn’t been broken and I think this an excellent opportunity to say ‘let’s heal the wounds from the past’.’’

He was proud that the council was taking this step, he said.

She believed he misrepresented Ngai Tahu leadership and said no-one at the council’s table could speak on Ngai Tahu’s behalf.

Cr Soper urged her fellow councillors to be brave.

‘‘It is the right time to do the right thing. This, for me, is one of those times. It is time that we actually acknowledge that we are a bicultural nation ... whose indigenous people were promised unique rights through a treaty partnership and we haven’t got there yet.’’