Locals say this shows how urgent it is for smelter owner Rio Tinto to reveal what it will do when it shuts the plant in 2024.

Dr Ford stepped this up at Tiwai Point when controversy ramped up in February about how much toxic waste from aluminium smelting is stored there.

"What we've found is that it's been pretty stable, or actually the shoreline has moved towards the ocean along much of that coast from the 1950s through to about 2020," Dr Ford said.

This is what New Zealand Aluminium Smelters has been saying in media releases.

Dr Ford said: "Then over the last decade or so the behaviour of that beach has changed."

The worst spot was at a strip of sand east of the smelter, in front of a concrete pad that contains 180,000 tonnes of spent cell liner waste laced with cyanide and toxic fluoride. 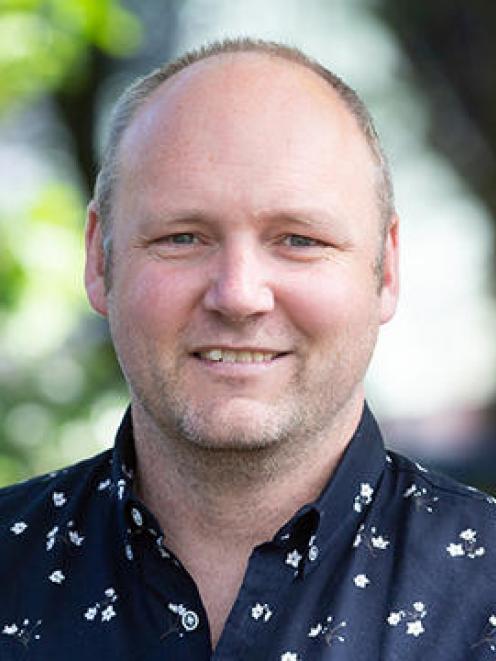 The pad is within the coastal management area where strict rules on land use apply under the Resource Management Act (RMA). The original pad predated the RMA, but a replacement pad was allowed to be built there five years after the Act came in.

Sea level rise was hard to forecast, and it was not certain the sea would reach the toxic waste pad, but it would be prudent to plan for that, Dr Ford said.

"We haven't seen anything like this before. If this trend continues, then that pad is under considerable threat.

"The stakes are pretty high, so I'd be accelerating your thinking about what to do with that material."

New Zealand Aluminium Smelters had not been in contact with his research team yet, and nor had government planners, but the data would be very useful to both, Dr Ford said.

The smelter company has said it would remove all the spent cell liner waste - but not how - and that it would not let the sea eat into its massive landfill of buried waste at the west end of the beach nearer the factory.

Its planning for the shutdown includes sampling 200 sites, most of them newly drilled bore-holes.

Dr Ford said the new coastal mapping showed the beach by the landfill was much more stable.

However, the government was earlier told the landfill risks were "extreme" and could result in a catastrophe.

In a newly released part of that same report, consulting engineers, Aurecon, say the only surefire way to deal with the landfill risks is to remove the waste - though there are 250 Olympic-sized pools of it.

Another option - coastal defences extending more than 3km along the beach - would not reduce risks below "high".

"The order of magnitude cost for coastal protection would be tens of millions but less than $100m," Aurecon said.

Such defences would not stop seawater intruding into the landfill.

Dr Ford said what was happening at Tiwai was "the story across all of our coasts, you either hold the line and try and engineer a solution to prevent erosion ... or you retreat from the coast".

Retreating was often the best option, he said. 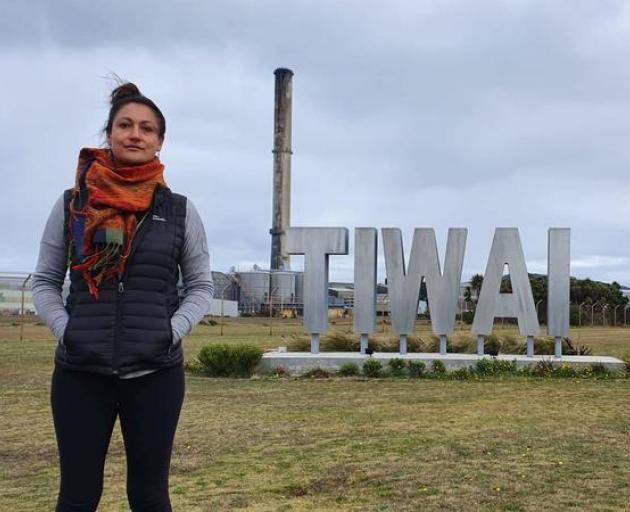 Ariana Sutton. Photo: supplied
Ariana Sutton (Awarua, Waihopai) said the coastal erosion was "an immediate, pressing issue that feels like it's been downplayed".

In addition, long-term health impacts from contamination worry her.

"It is really a bit shocking, and disheartening," said Sutton, who recently began working with the Murihiku Regeneration group regarding Tiwai.

"A lot of this monitoring and planning should have been made on the outset.

"The community deserves to know, ratepayers deserve to know, where it's safe to be, how is it affecting the kaimoana in the ocean."

She arranged for protesters against Rio Tinto in London this month to carry a flag bearing the name 'Tiwai'. 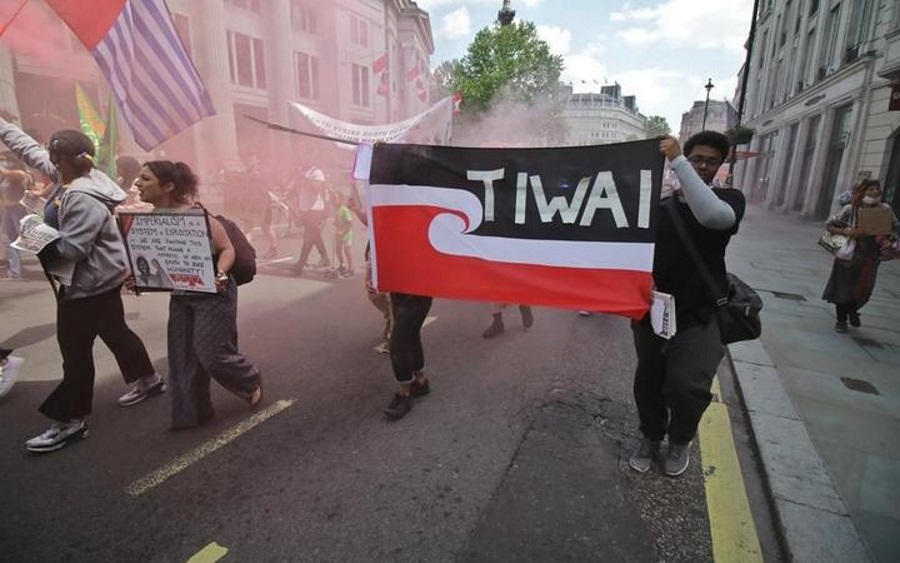 Ariana Sutton arranged for protesters against Rio Tinto in London this month to carry a flag bearing the name 'Tiwai'. Photo: Earth Strike North of the River and Mark McEnvoy
A speaker at the protest said Rio was "a behemoth devouring the resources of this Earth in order to feed their eternal hunger for monetary wealth".

Sutton agreed: "At this stage it's no different, because while they met with our tribal leaders, and, you know, are showing some interest in the cultural heritage of the site, there is no definitive answer to the toxic waste."

She had not been in those meetings. The Murihiku Regeneration group have not responded to RNZ requests for comment.

Rio Tinto appeared to want to set up a partnership with iwi, Sutton said, but "I've been coming back to the global pattern, which is really clear".

"The Aboriginal organisation that we have collaborated with, from Mirrar land, are in a similar position with Rio Tinto.

"They've got a 40-year-old uranium mining operation about to close ... where it's just not clear what's actually going to happen with it."

Ford said council work identifying old landfills around the country showed "we're going to be confronted with this issue over the next several decades".

"Often retreating from the coast is a cheaper, more effective and less damaging option.

"So if they can effectively retreat from that [spent cell liner waste] pad and remove all of the waste material, then that's certainly a better option."

A quick search online for Rio Tinto and not only do you find the recent disaster in Australia, but many examples where they leave behind costly environmental messes for local communities and governments to clean up. Why we think it'll be any different in New Zealand is beyond me.
When corporates like this have bigger pockets than governments, it is time to say game over, pack up the Monopoly board because we have our winners and losers. It's time play another game. Perhaps one we can all enjoy.
Oh wait, look here, game of Risk anyone?