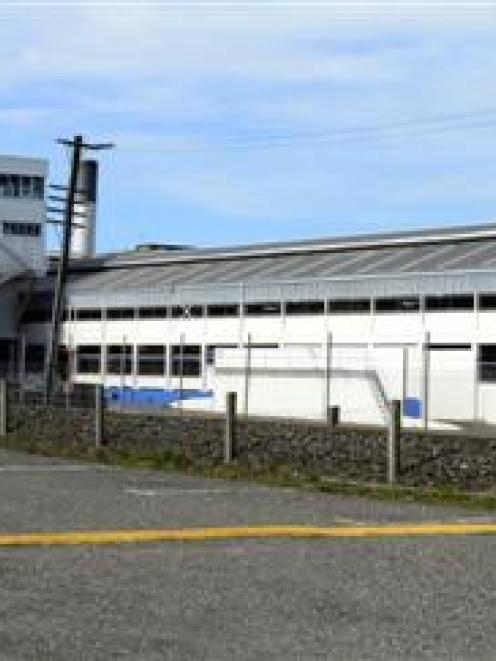 The car park at Alliance Group's Mataura plant. Photo by Peter McIntosh.
Uncertainty. The air reeks of it. As the crowd outside the Mataura Community Centre grows, so does the uncertainty.

It is just after midday as people begin to gather. Some stroll casually down the street to join the throng, while others are slightly hunched over. All are unsure of what lies ahead.

Just around the corner, struggling businesses are tucked alongside empty shops. One storekeeper, who declined to be named, waits nervously for the news. He just sold his shop, but the buyer has a few more days to mull over whether they will go through with the sale when the biggest employer in the town might lay off its workers.

"I'm not sure what it will mean for the township."

At the end of the street, a steady stream of people flows in and out of the Alliance butcher shop, a stark contrast to the nearby meatworks plant with its empty car park. But, much like at the plant, many of the shop's visitors walk out empty-handed; news is the currency of the day.

Rejoining the crowd, I see a man lounging on the grass opposite the community centre.

He adjusts his brightly coloured beanie and offers his feelings on the impending meeting.

He clings to the hope workers' sacrifices and changes made to the plant over the years will keep the place open and mean jobs are kept for the township's residents.

The community centre is soon packed, workers spilling out on to the footpath, as a team of suited men clutching papers walk through the crowd, taking their places on the stage.

The uncertainty grows. The meeting is short.

At first, the crowd is subdued, as the news sinks in: 300 jobs are up in the air.

One of the first to leave, a man, manages to keep it together long enough to cross the road before his anger bursts forth. He lets out an expletive.

He is not alone in his frustration and anger. The air is fractured by a growled-out curse, a snappy headshake as the media ask for comment, and in the speedy departure of those overcome by the news.