Vape shops on rise in region

Vape Box owner Craig Dawson opened the first dedicated vape shop in Invercargill in 2016. Photo: Abbey Palmer
Vape retailers are popping up all over Southland and the responses from customers have been nothing but positive, owners say.

Vaping has made its way across Southland over the past few years as more people switch from smoking.

While there has been much scepticism since it was introduced to New Zealand, some Southlanders have capitalised on the new craze.

''Some locals back in 2016 had not learned or understood what vaping was but over time vaping has become more common and known about.''

Mr Dawson said the majority of his customers had found vaping helpful in reducing or completely quitting smoking, often in comparatively short periods of time and without relapses.

However, the experience and success depended on each individual and whether they were paired with the right product for them, he said.

''We think this is because contrary to other smoking cessation aids, like nicotine patches or gums, vaping still has the hand-to-mouth movement and act of inhalation, which is a more similar experience to smoking.''

He said the vast majority of his customers had taken up vaping in order to quit smoking and, in turn, had saved money and reduced harm.

He based his opinions around the health risks of vaping on current scientific evidence, Mr Dawson said.

''A widely cited study by Public Health England in 2015 has found vaping to be around 95%less harmful than smoking. Since then, many studies have been carried out and so far the finding has held up.''

However, he acknowledged more research needed to be done and vaping should not be assumed to be completely harm-free.

The liquid used in vapourisers was made up of only four ingredients - vegetable glycerine, propylene glycol, flavouring and nicotine, if desired.

The Vape Box was committed to ethical standards and followed the Vaping Trade Association guidelines to ''self-regulate'' until New Zealand regulations were introduced, he said.

LNB Vape directors Brenden Maere and Alister Sands started their vape shop in Invercargill about two years ago and also recommended it as a healthier alternative to smoking.

Mr Maere said his oldest customer, who was 92 years old, had successfully made the switch from smoking to vaping a year ago after smoking for 50 years.

''We'll ask people how many cigarettes they're having a day, whether it's rollies or tailor-made cigarettes, and then make a judgement on what product and nicotine strength will suit them best.''

Mr Maere and Mr Dawson agreed there were many misconceptions about the health risks of vaping.

They also said they would be open to working with Southland smoking cessation services to help people make the switch.

''Research is in its early stages and reflects vaping to be safer than tobacco products. We support harm minimisation approaches that achieve a quit outcome.''

On its website, the Ministry of Health also supported vaping as a way to assist people wanting to quit smoking. 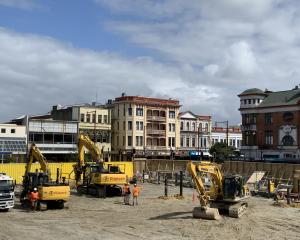