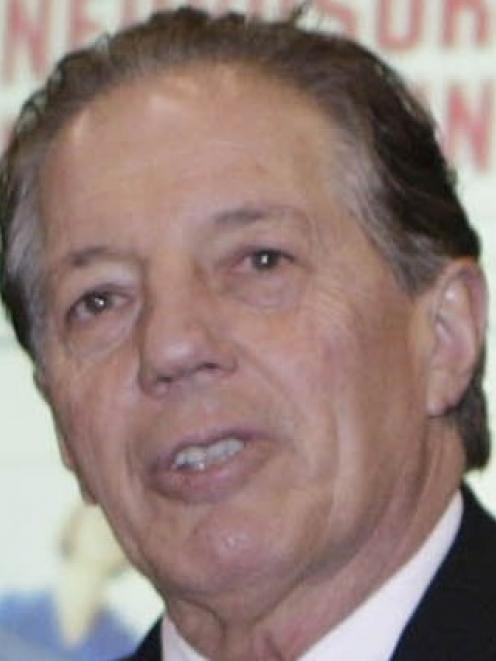 Tim Shadbolt
Invercargill Mayor Tim Shadbolt is down but not out after Environment Southland decided yesterday not to contribute $180,000 towards infrastructure costs for the proposed Auckland to Bluff international yacht race.

The A2B race is expected to involve up to 30 ocean-going yachts and is scheduled to begin in Auckland on Waitangi Day next year.

The Invercargill City Council is leading the campaign to raise the $380,000 in local contributions needed to secure a $440,000 Government grant announced last year.

They said the race would bring economic benefits to Southland including tourists along with national and international media exposure.

''People thought it was an innovative idea, but the future ownership of the moorings and other details of what the money would be spent on were not settled, and the majority felt it was outside our core business.''

Chairwoman Ali Timms had already publicly stated her opposition to funding the race and did not vote.

One councillor, Rowly Currie, proposed Environment Southland consider granting a lesser sum, but his motion lapsed when none of the other councillors would second it.

Mr Shadbolt said: ''We will just have to look for [funding] alternatives. The race is going to happen. We are determined.''

Asked if the city council might put the $180,000 in itself, he said that was a possibility. The council could take money from its strategic reserves, Mr Shadbolt said. That proposition would have to be debated at a council meeting.

Mr King said discussions would be held with race organisers and local organisations to decide what to do next.