Bar owner back in business after flooding

By Mark Price
0 Comments
After a week with a flooded Lake Wanaka on his doorstep, Lake Bar owner Peter Byrne was finally back in business yesterday afternoon.

The lake has receded and Ardmore St, which runs along the lake front, has been partly reopened.

Mr Byrne said his stock had been returned to the bar, his outdoor area had been cleared of debris and it was just a matter of putting up the sun umbrellas.

All Wanaka businesses affected by the threat of flooding, and the shut down of the sewerage system, are back in business.

Queenstown Lakes District Council general manager, property and infrastructure, Peter Hansby said yesterday the levels of Lakes Wakatipu and Wanaka were dropping, and the council was continuing with its clean-up. 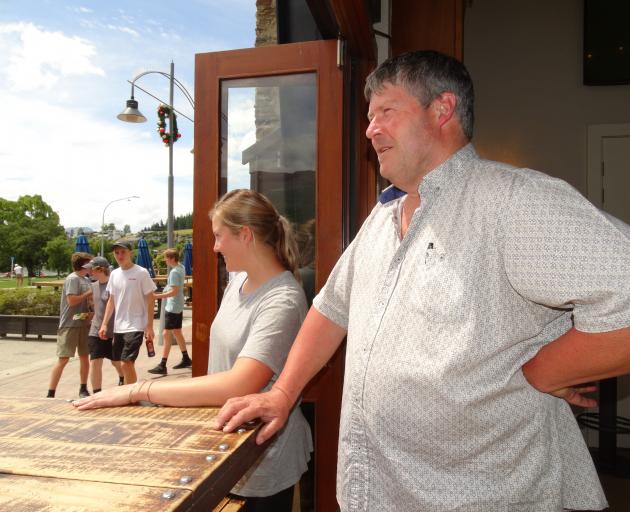 Lake Bar owner Peter Byrne and restaurant manager Erin Officer get ready to greet their first customers for a week. PHOTO: MARK PRICE
The only roads in the district not open were part of Ardmore St and Mt Aspiring Rd from just beyond the entrance to the Treble Cone Ski Area.

The council is keeping a close eye on the weather, as more rain expected.

"The latest forecasts suggest that lake levels could be back up to [yesterday’s] levels by Monday and we’re sitting at half a metre above high lake levels.

"So we’re not actively removing all of the sandbags just yet, as a precautionary measure."

Property owners had the option of returning their sandbags to collection points.

For health and safety reasons, Mr Hansby asked the public not to carry out their own clean-up operations where contractors were working.

Lakeside car parks will be assessed today to determine if they can be reopened.

MetService meteorologist Tahlia Crabtree said yesterday there would be some rain in the lake headwaters today and tomorrow.

"Monday and Tuesday we are wary of the model showing a large low pressure system that will affect the entire country.

"There could be some significant rainfall with that low."