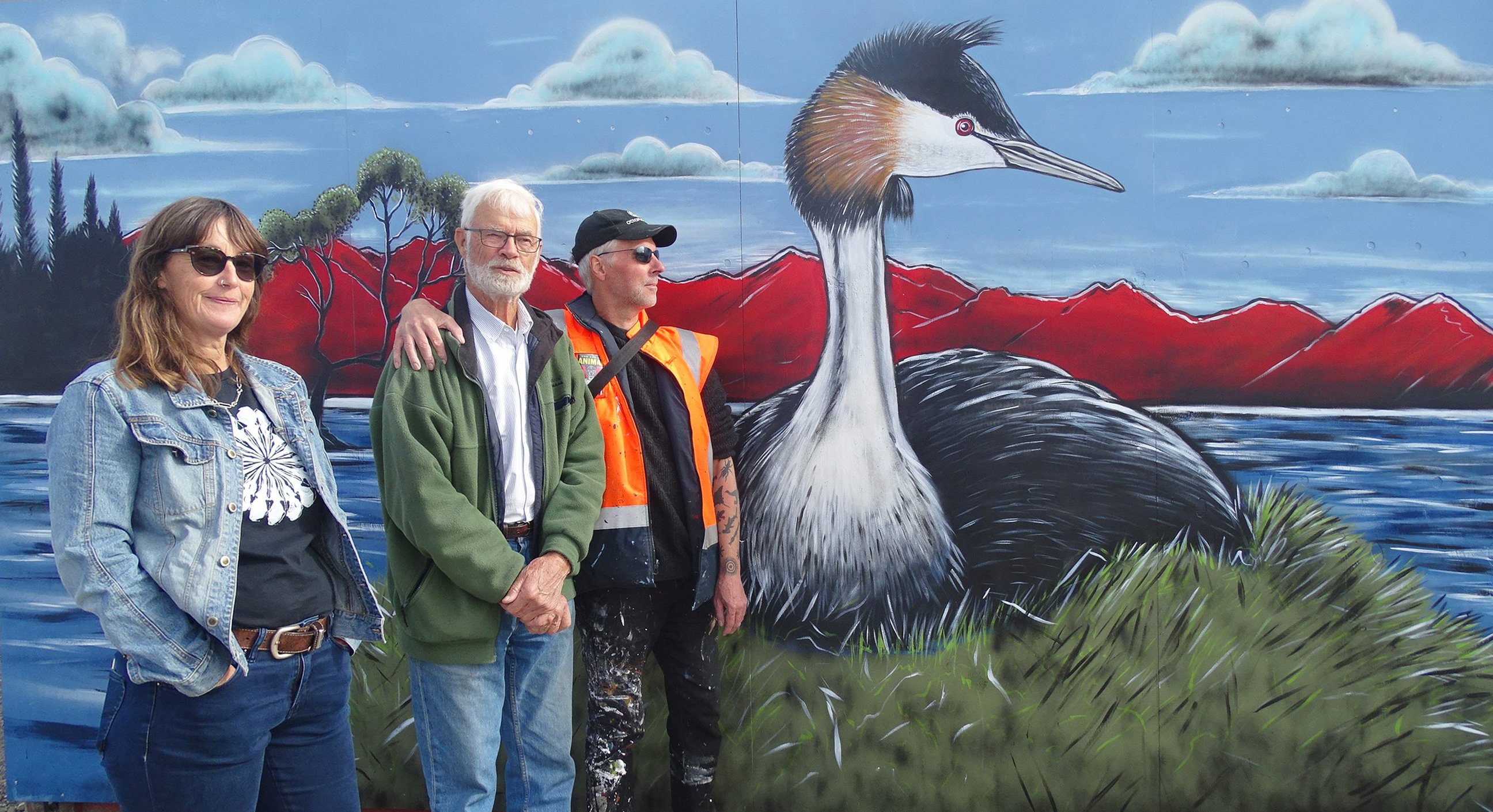 Dunedin artist Bruce Mahalski was commissioned by Wastebusters to paint a mural of the endangered great crested grebes (kamana) on the side of a storage shipping container.

Retail assistant Anna Ferens came up with the idea as a way to celebrate the arts, culture, and the environment.

‘‘That is what we are working for here at Wastebusters, recycling and reducing waste in the environment, but it was also to raise awareness of the grebes which a lot of people don’t know about,’’ Ms Ferens said.

Known for his illustrations, street murals and sculpture incorporating animal bones, Mr Mahalski said painting a container was not difficult, as he was used to painting ‘‘bigger’’ pieces.

Mr Darby said the grebe breeding season had just ended, the last one leaving its artificial nest on the marina last week.

More than 30 chicks had hatched and at one time there were 19 nests occupied, which was overwhelming, Mr Darby said.

Mr Mahalski said he hoped the mural would raise the profile of the grebes, so more floating nests were made for them in the dedicated wetland being made for them as part of the Queenstown Lakes District Council stage three lake front development.

The plywood and paints for the mural were given by Mitre 10 Mega Wanaka.