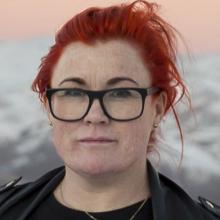 Bridget Legnavsky
Wanaka business confidence experienced a "small downturn" in a survey conducted by the Ignite Wanaka Chamber of Commerce in June.

Releasing the results from the survey of 63 businesses, chamber chairwoman Bridget Legnavsky said 48% (64% in 2017) believed the general business situation in Wanaka would improve over the following six months and 43% of respondents (28% last year) believed it would remain about the same.

"We’re certainly seeing a slight flattening in the growth for businesses, rather than the highs we’ve seen in the last few years, yet confidence is still high compared with other chambers across the country, buoyed by continued growth in tourism."

The cost of living, lack of affordable housing, difficulty attracting the right staff and the need to pay higher wages to attract staff meant some businesses "aren’t as profitable or as competitive as they’d like to be", Ms Legnavsky said.

"The ability to attract skilled and unskilled workers appears to be getting harder, with a number of factors at play, such as higher operating costs, wages and the affordability of living in Wanaka often a barrier to attracting the right people.

"Businesses are having to look at new and innovative ways to find and keep good staff, while staying profitable," she said.

For a quarter of businesses in the Wanaka area, the top factor limiting the ability to expand was finding the right staff.