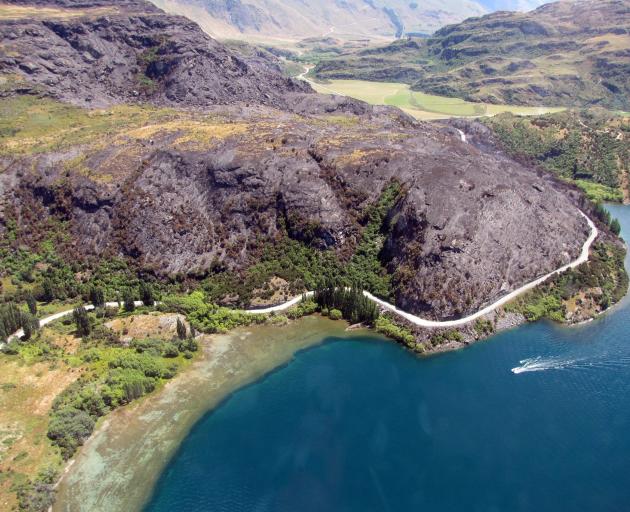 Incident controller Jason Sarich, of Dunedin, said fire management had been transferred to local assistant commander Mark Mawhinney, of Wanaka, and would focus on mopping up the site and ensuring the fire remained within its 7.1km perimeter.

Mr Sarich said he was confident the fire would not spread further.

The site was looking good with only a few hot spots, he said.

There were 15 firefighters on site yesterday and one helicopter on standby.

Mr Sarich said the forecast looked favourable, with warm temperatures but without high winds that made firefighting efforts more challenging.

The MetService has forecast temperatures to reach 30degC around Wanaka this weekend.

Rain is not forecast until the end of next week.

Following the blaze Wanaka police warned about the use of cooking equipment and smoking in the outdoors, but the Fire and Emergency New Zealand investigation is ongoing and a cause will not be available until it is finished.

At the height of the fire, nine helicopters and eight teams of firefighters were involved in battling the blaze.

Crews came from around Otago and Southland to assist firefighters from the Department of Conservation, Wanaka, Luggate and Lake Hawea.