By Mark Price
0 Comments
The new owner of the giant Auckland Santa is hoping it will eventually lose its "creepy" tag.

The Santa’s ability to wink and move its finger led to claims it was creepy.

However, museum and new Santa owner Jason Rhodes felt the decoration had been unfairly labelled.

The truck convoy carrying the Auckland Farmers Santa passes the summit of the Lindis Pass on the way to Wanaka yesterday. Photo: Stephen Jaquiery
"I would like to know who maligned him to start with, because most people I know have enjoyed him for what he is. 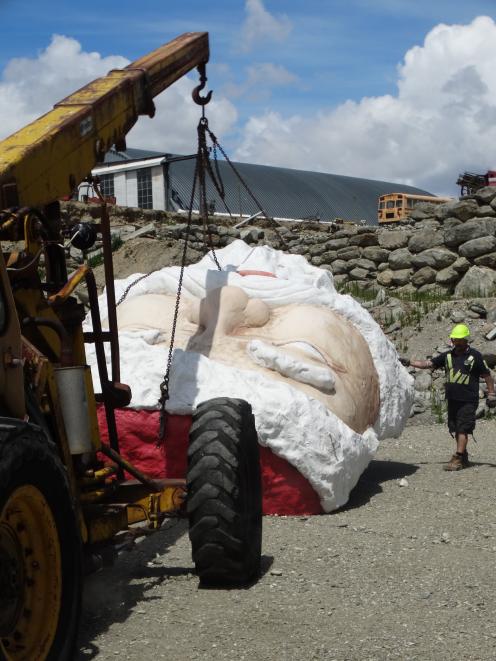 The Santa is unloaded at the Wanaka National Transport and Toy Museum. Photo: Mark Price
"He’s an iconic figure and he’s got a smile on his face, trying to bring happiness to everyone around him.

Mr Rhodes bought the Santa — which cost $200,000 a year to maintain and store — from the Auckland Heart of the City organisation for $1.

The fibreglass figure, in about a dozen pieces, was unloaded by Mr Rhodes in a huge hole where he planned to extend the museum.

He noted the mechanisms for the winking eye and moving finger were gone and was unsure whether those functions would be restored.

The Santa would be assessed after Christmas and fibreglass repairs would be done over the summer.

"Maybe this time next year you’ll all see it standing up and with a bit more of a smile." 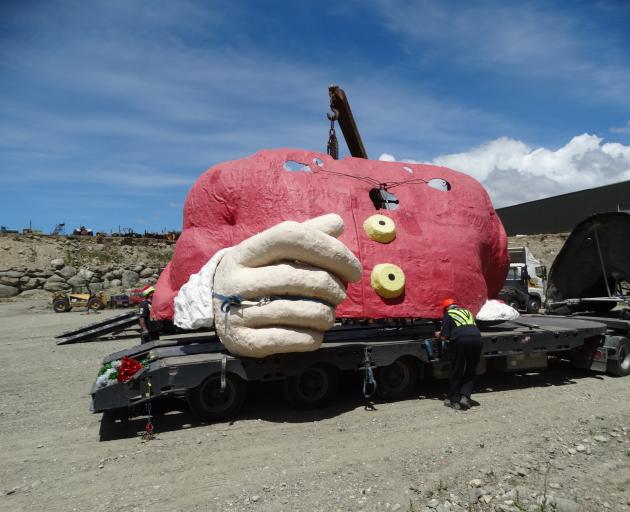 Mr Rhodes said he had been in contact with various people who had maintained the Santa in Auckland and hoped to gather more information.

"It’s the history behind him, right from the people that sort of instigated him, built him and the ones that have saved him over the years.

"He’s had a bit of a chequered history in the last few years.

"We just wanted to make sure he wasn’t going to end up in some rubbish dump.

"What we’re wanting to do is keep him for posterity."