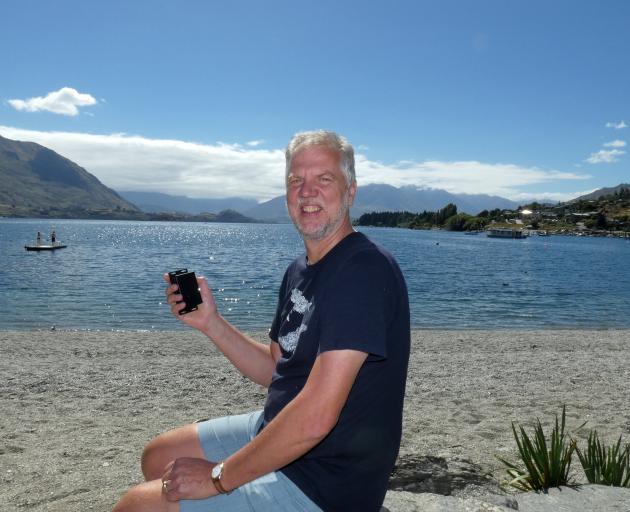 Eric Pyle is the director of public affairs and policy for solarZero. PHOTO: SUPPLIED
As part of New Zealand’s pledge to tackle  climate change, the Government has set a target of net zero emissions target by 2050 and 100%  renewable electricity generation by 2030. But - to put it generously - those targets are still someway off. However, as Kerrie Waterworth reports, one Otago renewable energy project is helping to make the transition to a low- emissions future possible.

Wanaka has long summer days but in winter it averages just 120 hours of sunshine for the month of June.

At first glance it might not be the best suited location for solar energy installations but it could soon become New Zealand’s first solar powered town.

From 2016 to 2019 the Queenstown Lakes district grew by nearly 40%, making it the fastest growing district in New Zealand and the increasing demand for energy was starting to put a strain on the electricity network owned by lines company Aurora Energy.

Aurora Energy called for registrations of interest for alternatives that would defer the need to upgrade its power lines from Cromwell to Wanaka and save the company millions of dollars in new infrastructure.

In January this year the company announced it had entered into a partnership with solarZero, the country’s only all-in-one solar power company. 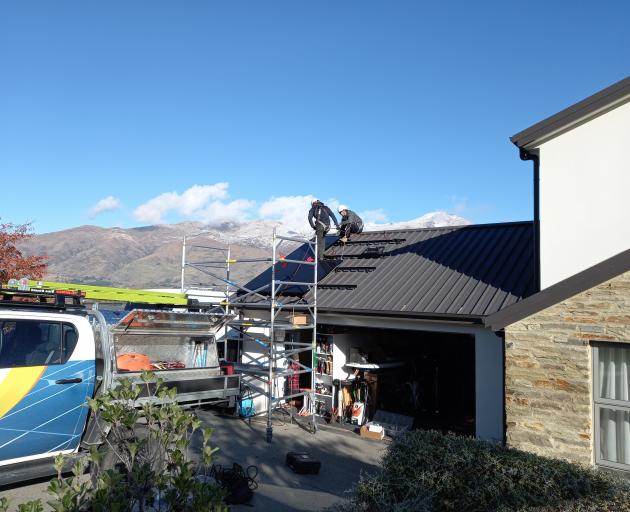 One of the first solar Zero installations on a house in Wanaka earlier this year. PHOTO: SUPPLIED
Since May, subcontractor Infinity Energy has been installing the solarZero solar PV and battery hardware, smart management system and real-time monitoring in homes and businesses across the Wanaka and the Upper Clutha.

SolarZero director of public affairs and policy Eric Pyle said the smart Panasonic battery was the game-changer, as it allowed stored power to be accessed even when the sun was not shining.

‘‘We have never been able to vary demand very much, people come home and want to cook their dinner and they are not going to wait until 9 o’clock at night,’’ Mr Pyle said.

‘‘But with smart batteries we can start to shift the power demand around and massively reduce the evening peak power demand which is what Aurora were interested in.’’

In July, the Electricity Authority released a discussion paper on how to support a low emissions economy.

Authority chairwoman Dr Nicki Crauford said the key to a successfully transition and to meet the Government’s targets was investment in new generation and innovation.

‘‘Distributors are at the centre of this,’’ she said. 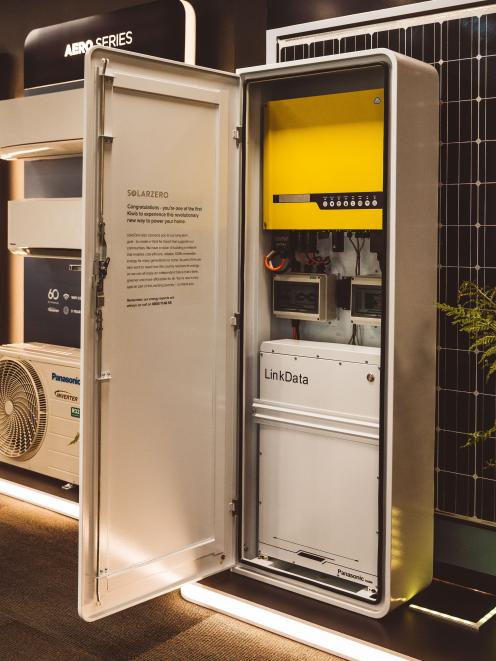 It could help drive down costs as DER and other services were not like monopoly distribution networks and the competition could lead to more choice of a suppliers and services for consumers.

A cost-benefit analysis by Sapere (commissioned by the Electricity Authority) estimated if DER realised its potential, the net benefit from 2021 to 2050 could be $7.1billion, in present value.

Of this, $2.3billion would be accrued to consumers and $4.8billion would go to owners and operators of the DER.

DER can be owned by consumers but can also be owned and or operated by third parties or distributors.

This was the business model for solarZero which charged the consumer or householder a monthly rental fee.

SolarZero communications spokeswoman Angela Hayes said their subcontractor was installing about three to five solarZero systems a week in the Upper Clutha and was on target to connect 150 homes in the first year of the project.

She said after the North Island power blackouts in August, solarZero had a 54% more inquiries through its website, ‘‘so having backup power is really important’’.

Mr Coates said Aurora and solarZero staff worked together to design and implement the control systems for new technologies used to generate, store and manage energy and were aiming to be fully operational by April next year.