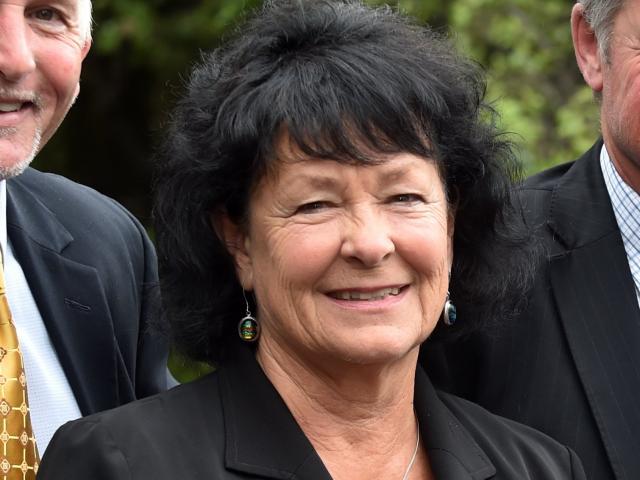 Maggie Lawton.
Despite battling cancer, Otago Regional Councillor Maggie Lawton is determined to make sure the concerns of her constituents are still heard at the council.

The Wanaka-based Dunstan ward councillor was diagnosed about two months ago, after cancer was discovered during an operation.

''Around about Christmas I went in for a surgery for what we at the time thought to be something completely different and it was discovered then.''

Dr Lawton was at home in Wanaka receiving treatment but was still taking part in council business.

''I'm still part of the council and, when and where I can, I contribute through phoning in or conference call.

''It makes sense being here in Wanaka, not to keep travelling over to Dunedin.''

In particular she was focused on ensuring the concerns of ratepayers in the Queenstown and Wanaka area, as well as the rest of the Dunstan ward, were heard during the council's annual plan process.

''Part of the reason I am making a real effort to still be part of the council is because it is the annual plan time of the year.''

The newly elected councillor was the highest polling candidate in the regional council's Dunstan Ward.

It had been more than 10 years since there was a regional councillor from the Wanaka area.

As well as being a councillor she worked as a consultant focused on water management, urban design and sustainable development.

Her daughter Ella Lawton is a Queenstown Lakes District councillor.

ORC chairman Stephen Woodhead said in the short time he had known Dr Lawton he found her to be a passionate advocate for Otago and its environment.

The council had and would continue to make every effort to allow her to take part in council's democratic processes, he said.

''Councillor Lawton is going through a very challenging time and all of us at the council wish her the best.''

It was not uncommon for video or phone conferencing to be used during meetings so both the facilities and technology were already available to help Dr Lawton participate, he said.