0 Comments
Hawea Flat singer-songwriter Anna Van Riel has been pouring her creative energy into alter egos with a social purpose ever since her children were born.

The award-winning musician has recently launched a new music video by Waste Free Wanda, a wastebusting superhero who wants to make the world a better place.

The NZ on Air-funded music video has been released to co-ordinate with Plastic-Free July.

Waste Free Wanda has been touting the plastic-free message around New Zealand since 2020, after Ms Van Riel identified a need for children’s music about waste reduction and caring for the planet.

"At Plastic Free Wanaka, we have a teach-a-man-to-fish philosophy that focuses on giving people solutions about what we can do, rather than just pointing out where we’re falling short. 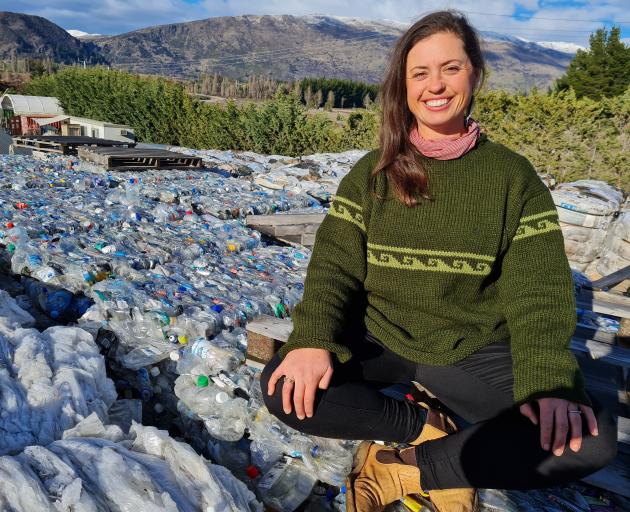 Power balladeer Anna Van Riel, of Hawea Flat, has released a new song and music video to promote Plastic Free July. PHOTO: MARJORIE COOK
"I wanted this philosophy to carry through to my show and empower kids with solutions on waste reduction. They’re all over it, which is fantastic," Ms Van Riel said.

Ms Van Riel grew up in Invercargill and has lived in Upper Clutha since she was about 14.

She is married to builder Lochlan Urquhart and they have
two children, Matilda (10) and Oscar (7).

"I was a grown-up, folk musician until I had children and then I launched my children’s music career ... But I have now merged the two to create Waste Free Wanda. There has always been a real playful element in my grown-up music. There is a lot of crossover," she said.

Her new song is modelled on a 1980s powerhouse anthem and was produced with Danny Fairley, of Wanaka.

Since her genesis in 2020, Waste Free Wanda has connected with more than 10,000 people and has toured six times. Her seventh tour starts in Dunedin in August.