Pedal to the metal in V8 for 90th birthday treat 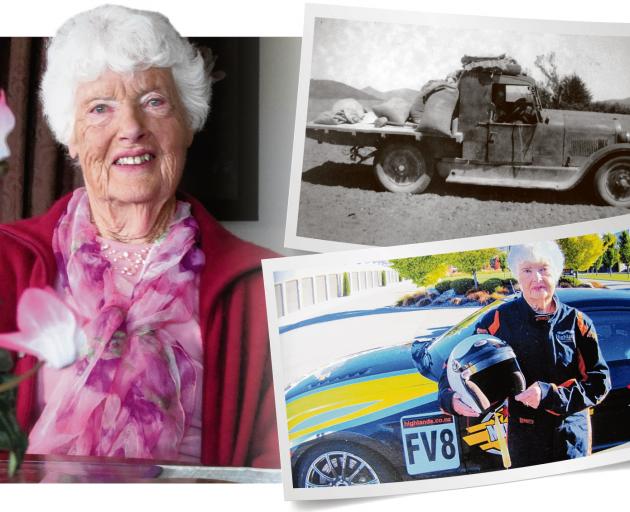 But that did not mean the Aspiring Lifestyle Retirement Village resident had given up her interest in driving.

Her three sons, Keith, Alan and Alistair, recognised that when they paid for her to celebrate her 90th birthday last month by doing a few laps of Highlands Motorsport Park in a left-hand-drive V8 Mustang.

For someone who had learned to drive the farm truck while at primary school and drove truck and trailer units over the Kilmog, doing a few laps in a V8 "muscle car" was no big deal.

She just followed the instructions - brake into the corners and when the car straightens up "put your foot down".

That got her up to 150kmh, although she did have to pull over at times for other faster traffic.

Her one slight complaint: "You sit so low it is difficult to see the road."

Ms Munro is the daughter of the late Jim Roy, who as a lieutenant in World War 1 was awarded the military cross twice.

He also served as member of Parliament for Clutha from 1935 until 1960, firstly as an independent and then as a member of the National Party.

Mr Roy farmed near Clinton and Ms Munro recalled they did not have electricity when she was a child. She was 6 before they acquired a car.

Since then, she has always driven - trucks associated with the farm, a camper van through Europe with her late husband Ernie, with her friends to golf tournaments around Otago, and straight after her V8 experience, to a funeral in Oamaru for a 103-year-old family friend.

And not only has she been driving for the better part of 90 years, she has also always been a subscriber to the Otago Daily Times which she still reads cover-to-cover, "even if I don't finish until midnight".