By Kerrie Waterworth
0 Comments
Catching slimy longfin eels slithering in the bottom of a boat and bagging them is the hardest part of Contact Energy eel fisherman Tony Hishon’s job.

Since December Mr Hishon, of Te Anau, and fellow eel fisherman Chris Ramage, of Invercargill, have spent 40 days on Lakes Wakatipu, Hawea and Wanaka, trapping and transferring large longfin eels wanting to leave the lakes for the Clutha River and eventually out to sea to breed.

Mr Hishon used to be a commercial fisherman but now operates an electrical business in Te Anau. 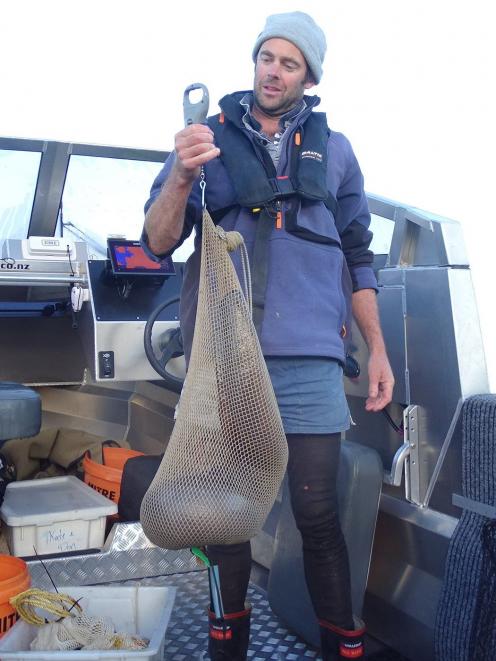 Without the help of Contact Energy eel fisherman Tony Hishon, native and threatened longfin eels would not be able to make the 5000km journey from the Southern lakes along the Clutha River past the two hydro-electric dams and through the Pacific Ocean to the Tonga Trench between Fiji and New Caledonia to breed. PHOTOS: KERRIE WATERWORTH
Four seasons ago he was approached by Contact Energy to take over its eel trapping and transfer programme and last season he was joined by Mr Ramage.

"I suppose you could call it mitigation work," Mr Hishon said.

"The eels that we catch in these lakes for transfer could be up to maybe 100 years old and in that time the Roxburgh Dam has been built, so instead of migrating out to sea they would get chopped up by the dam turbines."

The eels travel 5000km to breed in a region of the Pacific known as the Tonga Trench, between Fiji and New Caledonia, before they die.

The larvae reach New Zealand by drifting on ocean currents and change into the more familiar eel shape before they enter fresh water.

Contact Energy’s Head of Hydro Generation Boyd Brinsdon said the juvenile tuna arrived at the face of the Roxburgh Dam during the summer months and were safely transported upstream, beyond the dam to parts of the upper catchment under a release plan prepared in consultation with stakeholders including Ngai Tahu, commercial fishing interests and the Department of Conservation.

He said the downstream passage of adult and migrant eel was helped by Mr Hishon, who set around 800 nets across the Clutha’s headwater lakes and rivers to capture eels from December to March.

Any eels over 4kg in weight and ready to spawn and migrate were released at several locations below the Roxburgh Dam to continue their natural life cycle and return to the sea to breed, he said.

He finished this season on Lake Wanaka last week and said it would probably be closer to 400 caught and transferred this year. 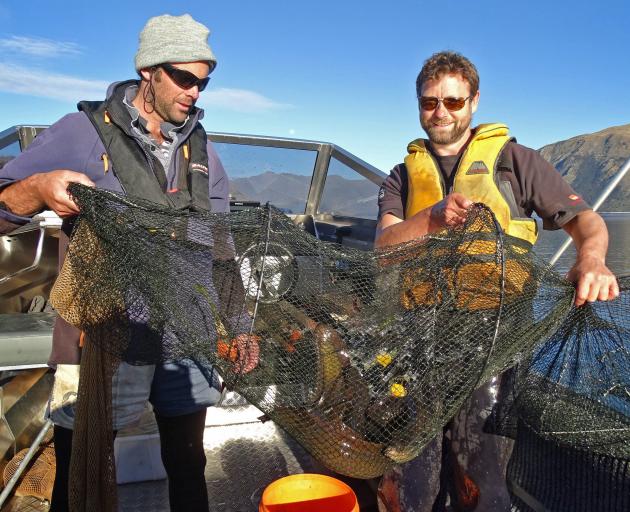 "Every day is different. Some days you get nothing but a good catch is between seven to eight eels in a net.

Mr Hishon said it was very hard to get photographic proof of the size of the eels as they were always moving and never lay straight.

He said there was often a "bit of a mess" in the boat when both he and Mr Ramage had to catch the eels to put them in a bag for weighing before they were transferred to a holding tank on shore. 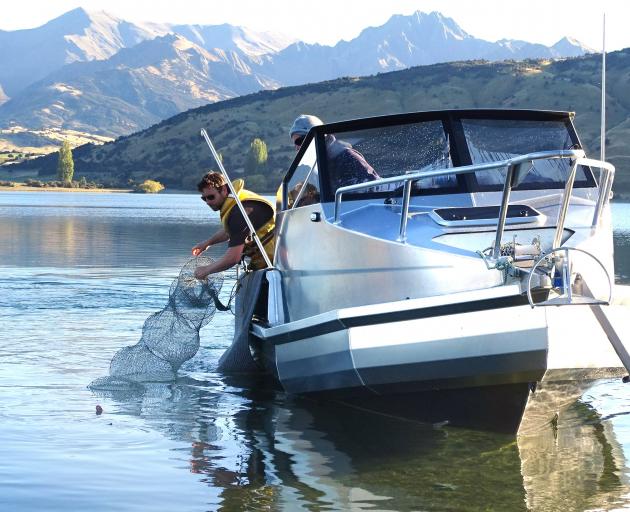 Research carried out by Te Wai Maori Trust and Niwa found climate change could potentially compound the impacts already being experienced by all of New Zealand’s freshwater taonga species.

Mr Brinsdon said the dams were built by the Government of the day without providing for native fish passage, and "we can’t undo history".

However, Contact had a great programme (and) ‘over time we hope to see the numbers of eel in the upper parts of the river increase", Mr Brinsdon said.