'Balls-up' as Coasters miss out on census forms 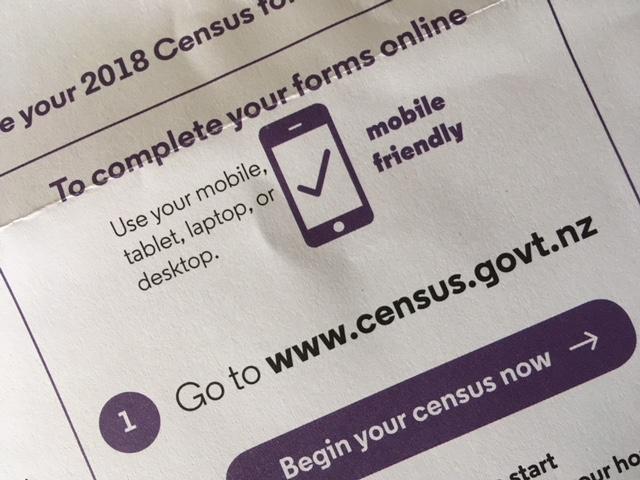 Complaints are widespread that the move this year to an online census has missed chunks of the West Coast.
Statistics NZ seems to have overlooked Haast, as claims emerge that no-one in the remote town has received their census paperwork, which had to be filed on Tuesday.

Haast is not alone - even Westland Mayor Bruce Smith has not received his forms and has questioned the accuracy of the count.

Complaints are widespread that the move this year to an online census has missed chunks of the West Coast, whereas traditionally teams of enumerators would personally visit every home in the region twice, once to drop off the forms and again to collect them.

New Zealanders have until midnight on Tuesday to file their census forms.

Former Haast councillor Kerry Eggeling did a ring around and was unable to find anyone in Haast who had received their online access code.

"No-one in Haast that I can find has received any notification."

A former campground owner told him that in past years, enumerators would take the census papers around cabins and tents on census night, to ensure they got an accurate snapshot of who was there, Mr Eggeling said.

This time, visitors would have moved on before the forms even arrived, he said.

Last week, the Greymouth Star revealed that forms had not arrived around Kakapotahi and Waitaha, with other parts of the West Coast having poor or intermittent internet.

Westland Mayor Bruce Smith said his wife Jenny had spent two weeks ringing the census contact centre requesting the paperwork, which they had still not received by Monday.

As mayor, he received seven phone calls from others who had also not received their forms.

The mayor lives rurally at Kaniere and it appears many of those left out also live rurally.

He is now alarmed that Westland district may miss out on crucial funding, which is allocated on a per head of population basis, based on the results of the census. If people are not included, health funding could also fall.

Mr Smith said he "not confident at all they've got it (census) right".

"They've had three years to sort it out. It looks like a balls-up."

The West Coast District Health Board has urged people to ensure they complete their census forms because hospital funding was population-based.

"Being counted in the 2018 census is really important as it lets the Government know how many people live on the West Coast," West Coast DHB chief executive David Meates said.

"Our funding is based on how many people are registered as living on the Coast, and their age, ethnicity and address all impact on how much government funding we receive.

"More completed forms equals more funding. Importantly, it also means we have better information on which to base our planning for future health services."

Statistics NZ has a target of having 70% of all census forms completed on-line, but anyone can ask for a paper form instead.

After Tuesday, reminders will be sent and field teams will follow up with households that have not responded.