Helicopter leaving Franz Josef Glacier. Photo: Getty Images
Fourteen fewer helicopters are flying on the West Coast, as tourism businesses hunker down and try to ride out the effects of the collapse of international tourism because of Covid-19.

Civil Aviation Authority figures show a year ago there were 54 active aircraft on the Coast — as of last week there were 40.

The number of planes remained unchanged at 26.

A local pilot said maintenance for mothballed helicopters varied but could involve running the engine weekly to keep oils moving. If a machine was parked longer term, the oils could be replaced with heavier ones, the machine wrapped and its insurance changed to ground only.

As some machines were leased, he expected they had been returned to their owners.

Development West Coast chief executive Heath Milne said helicopters could be an expensive asset if they were not being productive and so some businesses were getting rid of them.

"There’s so much money tied up in them, they are better shot of them. The longer you have them, the more they cost. After a number of hours, they need to be rebuilt — that costs a fortune," Mr Milne said.

New Zealand Aviation Specialists Ltd managing director Blair J. Chapman said there had been a few sales in Central Otago after an operator decided to sell off four machines.

"I don’t think Covid was the only driver as New Zealand has had an oversupply of aircraft brought into the country. While the tourism sector has seen a huge downturn, the upside is the agricultural sector is still going strong."

Oceania Aviation aircraft sales manager Stephen Green said his company had had a slight increase in listings for helicopter sales, but not as great as might be expected.

"There may be some fairly good deals to be had with motivated sellers in the market, but we are yet to see a significant drop in the prices of aircraft being advertised." 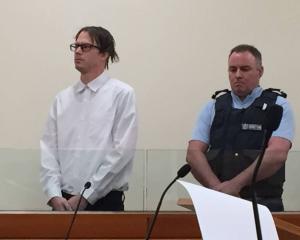