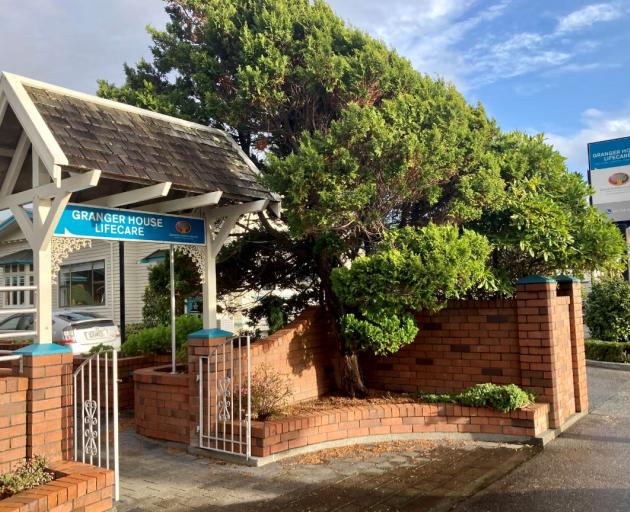 Due to a shortage of registered nurses, residents requiring hospital level care have been moved together to Granger House, leaving Dixon House to operate solely as a rest home.

Ten residents have gone from Dixon to Granger, and 16 from Granger to Dixon.

Some families, patients and staff have been in tears over the move, with one family claiming their elderly relative was not showered for eight days after being moved.

The DHB said yesterday it had stepped in when the rest homes indicated they could no longer meet their Ministry of Health contracts to provide minimum registered nursing staff.

DHB general manager Philip Wheble, along with the Canterbury and West Coast DHB's executive director of nursing Becky Hickmott, and older persons manager Mardi Postil, drew attention to the acute staffing crisis in a media briefing yesterday following the public criticism of its handling of the moves.

Ms Hickmott said they were delivering the best possible care in the circumstances.

Mr Wheble said Granger House and Dixon House had approached the DHB in early April to say they were struggling to meet their contractual obligations around the number of registered nursing staff.

Ms Postil said both homes were under "extreme staffing pressure".

That reflected the nationwide shortage of about 1100 full-time equivalent positions, "magnified" in rural areas like the West Coast.

The homes decided to divide their care and pool staff.

"The alternative was that one or both facilities would have to close," Ms Postil said.

Communication to residents and families about the temporary merger was the responsibility of both homes, she said.

The homes had to call on the DHB to help as they did not have enough resources to contact everyone.

She said the planned merger was "unexpectedly" brought forward a week when Covid was detected at one facility, and then the other.

Ms Postil acknowledged this had exacerbated the stress and was very distressing for all involved.

Mr Wheble said the DHB supported the Dixon and Granger merger proposal, but Covid at both homes made the situation much worse.

"We were struggling by then to support (them) with registered nurses."

Ms Postil said in the calls to the next of kin most were "really understanding and grateful" their loved ones would be able to stay on the West Coast.

"There were some that were understandably upset."

Currently, four of the five aged residential care facilities on the West Coast are taking new admissions, but the DHB cautioned this changes day to day.

O'Conor Home in Westport is currently not admitting and Reefton's 12-bed Ziman House is closed.

Mr Wheble said it would stay closed to ensure residents from the much larger Greymouth homes did not have to leave the West Coast for care.

There was "no secret plan" to permanently close the Reefton facility, he said.