Young combination up there with best 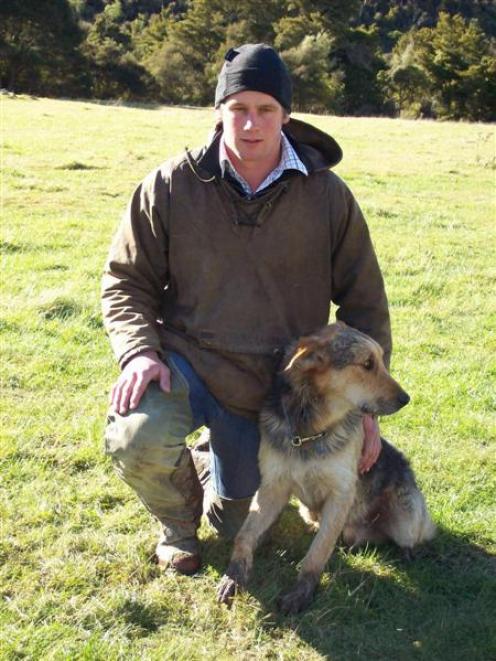 Rowland (22) and 3-year-old Mack were third in the zig-zag huntaway.

Russell Peek, from Palmerston, won the event with Task and Robbie Calder, from Central Otago, was second with Cruze.

Rowland is following in the footsteps of his grandfather, the late Martin Greaney, who trialled for about 50 years.

He was second in the long head at the South Island championships with Spec in 1951, and third in the short head and yard with Glen in 1963.

Rowland's first dog trial was at Queenstown two years ago where he won the maiden in the straight hunt.

This was his first full season, attending about seven trials and, until the South Island championships, Mack was still an intermediate dog.

He has been working for prominent Central Otago triallists Robbie and Grant Calder at Lauder Station for the past two years and they have encouraged and helped him in the sport.

They helped him train Mack, whom he bought as a pup for $50.

"He's pretty laid back. You can always rely on him in a sticky situation. He never lets you down," he said.

He admitted there were a few nerves at the championships, where some of the country's top trialists were competing.

"It's quite nervous when you're competing at that sort of level. Those fellows have been there and done that for a long time."