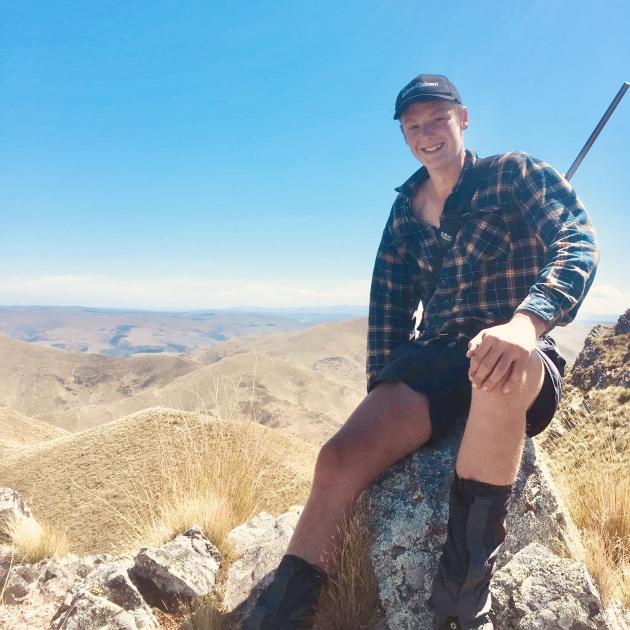 John McGlashan College and the Hope family have continued the Toby Hope Memorial Hunting Competition as a fitting way to remember him and honour his love for hunting and the great outdoors. He is pictured here in January 2018, at Shag Valley Station.
Toby Hope would be smiling down as he watched his brothers, friends and the John McGlashan students enjoy a weekend away hunting in the great outdoors, his mother Tori says, “but he would be wishing he was there, running it”.

The Toby Hope Memorial Hunting Competition was held over Otago Anniversary Weekend, an annual tribute to “a big gentle giant” killed in April 2018 when his vehicle left the road on State Highway 87 at Clarks Junction, not far from his parent’s farm.

John McGlashan hostel director Drew Campbell said the competition was first held in 2018 by the year 13 boarders. It has since been carried on by the Hope family, house master Nick Price and himself.

“The competition isn’t really about the biggest and best, it’s about getting these young guys out into the great outdoors and off their devices. Some of the boys that take part haven’t had much experience with hunting. Toby was extremely passionate about giving young fellas that experience. He was inclusive and loved to share his passion with anyone keen to join him,” Mr Campbell said.

This year, due to Covid, the weigh-in and prize-giving event was cancelled and the teams, comprising of 107 John McGlashan boarders and day boys, submitted photos of their game to be judged by the team at Hunting and Fishing Dunedin.

While Toby’s parents loved seeing a new crop of young McGlashan boys participate in the event and plenty of opportunities to share stories about Toby came to light, it wasn’t the only time family and friends took to remember Toby. “He’s in our chats all the time, he’s always with us. He would be smiling down, but he would be wishing he was there, in amongst it all. He loved to be in control of things, it would do his head in that he wasn’t there,” an emotional Tori said.

It was humbling for the Hope family to see so many McGlashan families and others in the rural community open up their properties for the hunting competition and show their support for the event. Tori would like to thank the businesses and McGlashan families — past and present — who also sponsored the competition. “Also, the parents and adults that took these kids out may not be part of the team so to speak, but they are part of our team. And I would like to thank them all for giving these kids those experiences.” 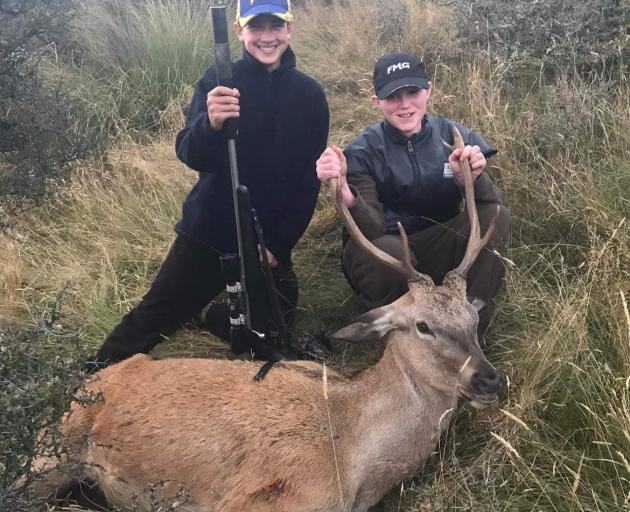 Toby’s final day was spent at home on the farm with his parents. The 18-year-old had started a building apprenticeship in Dunedin but had come home to help out. “We had been having a busy time on the farm with shearing and TB testing. He had given us a hand on the Saturday morning and was feeling really excited for the weekend ahead; he was heading to Lawrence to play rugby, set up a maimai with his mates and then they were going stag hunting. He was absolutely fizzing about life.”

Tori recalls sending him off “loaded up” with chocolates and baking for the family he was staying with. “He needed some black dress pants for his post match function, so he didn’t get fined for not having the right uniform on. So, I found some for him. He wasn’t tired or hungover; he wasn’t much of a drinker. We had lunch together, I went back to the woolshed, and then he left.” 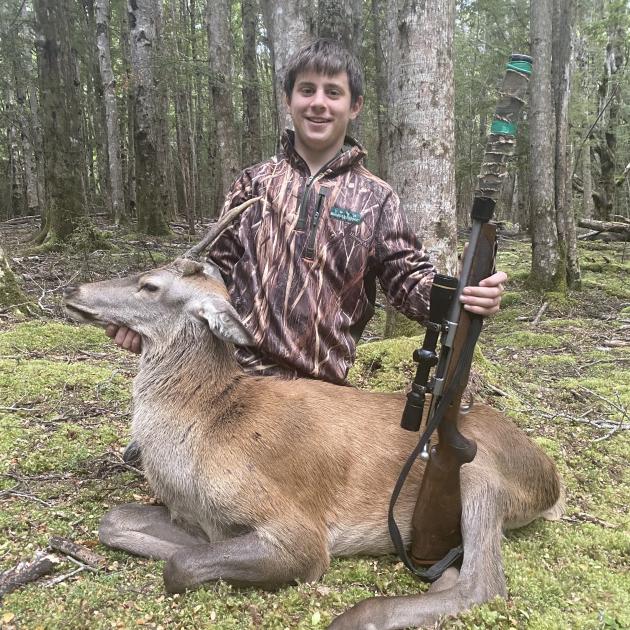 The coroner’s report didn’t find a cause for Toby’s crash.

For Toby’s family, the grief of losing him doesn’t get any easier, “you just get better at coping with it”, she said.

Her advice for parents: “Get your kids to do a will. Take lots of photos, and just tell your kids you love them. Every day.”