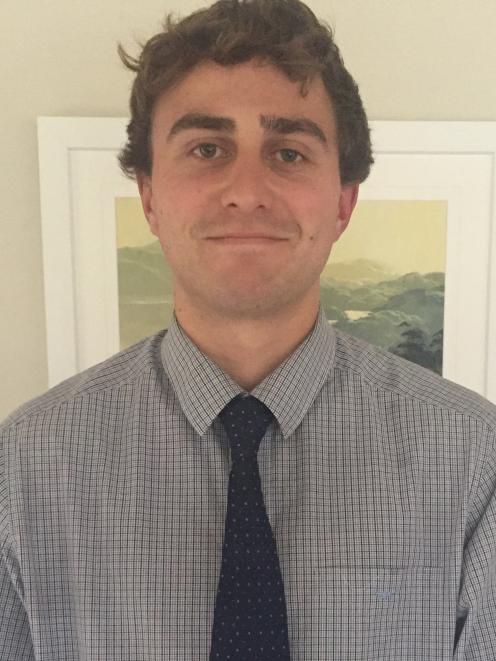 Dan Ryan, of Mossburn, is going to shout his seven flatmates a couple of racks of lamb to celebrate receiving a Silver Fern Farms’ Pasture to Plate scholarship. PHOTO: SUPPLIED
Silver Fern Farms has announced its  Pasture to Plate youth scholarship recipients for 2020, adding two additional scholarships on top of the six usually offered. That move was to strengthen its support for the industry through the challenges presented by Covid-19, chief executive Simon Limmer said. Southern Rural Life reporter Yvonne O’Hara speaks to the three southern recipients — Imogen Brankin, Leora Werner and Dan Ryan. The other successful applicants were Jack Monckton, Harry Hawkins, Joe Ward, Jazmine Burgess and Sam Phipps.

Scholarship and lamb for the flat

Now that Dan Ryan has been named as a Silver Fern Farms’ Pasture to Plate scholarship recipient, he is going to have to make good on what he promised to spend the money on.

Mr Ryan is in his final year of a commerce degree at Lincoln University, majoring in supply chain management, global business and marketing.

In his application he said he would either put the $5000 towards his education or a job in the industry and also shout his seven flatmates a couple of lamb racks.

Finding a job where he can use his qualifications has become more difficult.

"Those companies which used to employ seven or eight graduates are now only taking on one or none.

"It is getting harder and everything is a bit slower."

If he is unsuccessful he is considering returning to Lincoln University, which is offering the first year of post-graduate study free.

"I also want to have a crack at the Silver Fern Farms graduate programme. They offer placements to get an understanding of the company."

He works on his parents’ sheep and beef farm during the holidays and also runs a lamb crutching gang, Northern Crutching.

His parents have a 2200ha property at Mossburn, of which 400ha is irrigated. They run

In his application he was asked to "identify outstanding opportunities for the red meat industry in light of the Covid-19 crisis".

He suggested convenient red-meat packages that were able to be switched between food service and retail consumers with ease, and were in line with the food culture and customs in the location it was sold, as well as promotions with international food delivery services to high-end consumers, revisiting Mike Moore’s 1980s lamb burger proposal, and using the All Blacks in a red-meat promotion campaign. 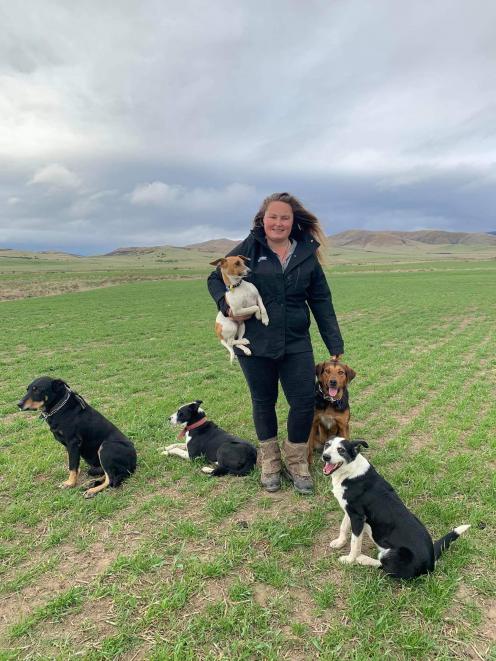 Shepherd Leora Werner, of Oturehua, is a Silver Fern Farms’ Pasture to Plate youth scholarship recipient who is keen for school pupils to be taught more about farming to address the urban-rural disconnect. PHOTO: SUPPLIED

Call for school pupils to be taught more about farming

Education to address the disconnect between town and country should begin at primary school,shepherd Leora Werner believes.

She works on a 5500ha sheep and beef property, Braeside, at Oturehua, owned by the McKnight family, and intends to use the money towards further study, looking at fine wool production.

"That is what I do every day, with half-breeds and merinos."

One requirement in the scholarship application was to "identify outstanding opportunities for the red meat industry in light of the Covid-19 crisis".

"During lockdown, a lot of attention was given to essential workers but much of the agri-sector, particularly farmers, was missed.

"They still went to work, looking after stock every day. We were doing the best we could within the parameters."

In addition, farming had been painted in a negative light, despite being the biggest economic driver for the country, she said.

She would like to see primary and high school pupils taught more about the sector, including farm visits.

"There needs to be so much more done to educate urban people as many have no idea where much of their food comes from."

Originally from North Canterbury, Ms Werner was not from a farming background, although she helped her grandfather who has 100 Perendale ewes.

"I always wanted to be a vet, but did not follow that through as my life took off in another direction."

After leaving school, she went dairy farming for a season and said it had been a great way to get into a career in agriculture.

From there, In 2016 she went to the Southern Institute of Technology Telford campus, near Balclutha, to complete a diploma in agriculture.

She also has been studying online towards an agribusiness management certificate.

She later worked in a shearing gang and did casual shepherding work, which sparked her interest in sheep and beef.

"I was losing passion for dairying by that stage."

She then worked for Tower Peak Station, near Te Anau, which grazed 3000 dairy heifers through to getting in-calf and was able to spend more time training her four dogs.

About the same time she and her partner, also a shepherd, moved to Central Otago and she became full-time shepherd.

"For me shepherding and farming is following my interest and working with animals is my passion. I love the lifestyle, it keeps me fit and active and I see the production happening on a daily basis," she said. 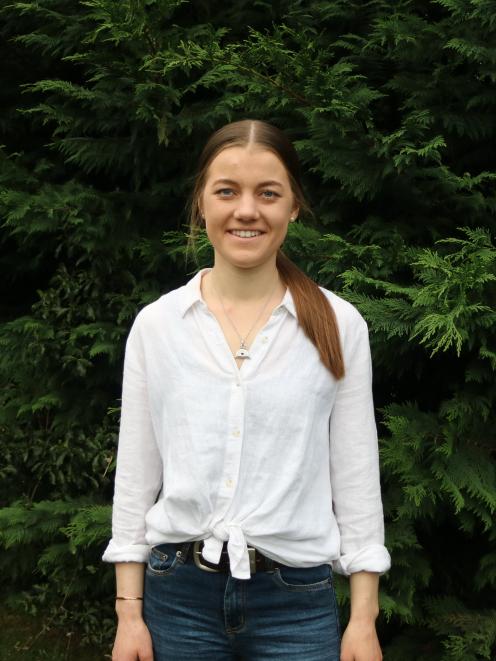 Offal meals could be a key to helping the red-meat industry.

Covid-19 and associated border restrictions had highlighted how reliant the red-meat industry was on global markets.

"That won’t be the same going forward, so we need to be more focused on domestic markets and up our capabilities."

Offal was nutritious and easily sourced and, to prove her point, she included a kidney recipe in her application.

"Offal can be cooked quite easily and the quality of meals and nutrients in them is incredible.

"I do believe there are opportunities there and it would not take a lot."

The 20-year-old, who is studying an agricultural science degree, comes from Drummond, in Southland, where her family has a 111ha sheep farm running 1200 ewes and 300 hoggets..

She is interested in innovation in the red-meat industry but also enjoys the practical side of farming.

"I want to integrate science with practical work and I see a career in research and consultancy in pastoral agriculture, while keeping that practical connection, especially if I am not working on a farm. The challenge is coming up with new ways to improve systems."

She also wants to look at the supply chain and find ways of improving consumer demand.

As part of her degree she has worked on a dairy farm and sheep and beef properties and is looking for more opportunities to gain further experience.

"While study takes up a large portion of my time, when I get home I like to get out on the farm."