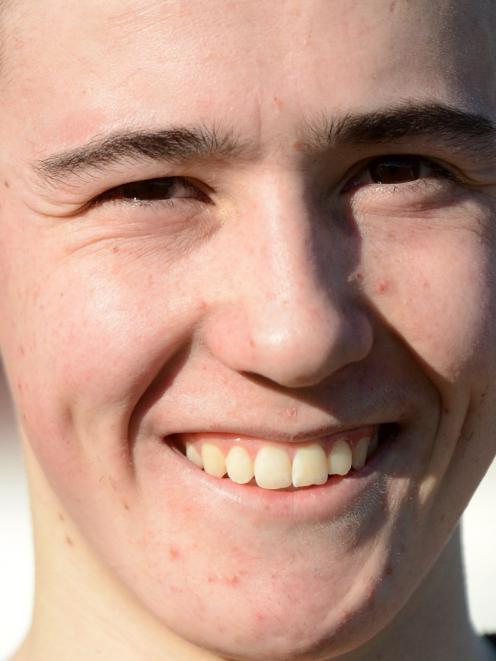 Oliver Chignell.
Promising middle-distance runner Oli Chignell had to overcome a slight mishap but still managed to exceed his own expectations in completing an impressive debut half-marathon over the weekend.

The former John McGlashan College pupil, who was running his first half-marathon as part of a winter training programme for the national cross-country championships in Auckland in August, was sent on a wrong turn as he neared the end of the Christchurch event on Sunday.

He came across the line in 12th place in 1hr 11min 24sec, although that would have been quicker if he did not have to run an extra 350m due to the error.

Chignell's actual time for the 21.1km run, according to his GPS watch at least, was 1hr 10min 19sec.

However, those numbers did not matter too much to the 18-year-old, who was just happy to discover he had another distance to consider when contemplating his running future.

"My coach [Dave Stinson] and I thought it would be a good way to finish off that heavy mileage training phase by doing a longer race. It seemed like the right time to have a crack at one.

Chignell has been a dominant figure in Otago middle-distance running over the past year.

He finished second in the 6km under-18 national cross-country championships in Christchurch in August, after winning the Otago under-18 race the previous month.

He also finished fourth in the national secondary school cross-country championships in Dunedin in June last year and the same month, at 17-years-old, became the youngest person in almost 100 years, and the second-youngest in history, to win the Edmond Cup 5.4km steeplechase event.

Despite his success, Chignell does not plan to run any more half-marathons in the short term.

"Maybe near the end of the winter season, or I might make it a one-yearly thing,'' he said.

"It can take quite a heavy toll on the body - it can take half a week to a week to recover.''

Chignell is hoping to qualify for the World University Games in Taiwan in August next year, probably in the 5km.

Ultimately, he planned to represent New Zealand at the Commonwealth Games and Olympic Games, although he was undecided in which event. It was likely he would target the 5km or 10km, but he had not ruled out the 1500m and his effort in his first half marathon had shown him he could run longer distances as well, he said.

Former Dunedin runner Daniel Balchin finished fourth in the men's half-marathon in Christchurch, in a time of 1hr 7min 54sec.

Oska Inkster-Baynes, who spent some time living in Wanaka, won the race in 1hr 6min 34sec.