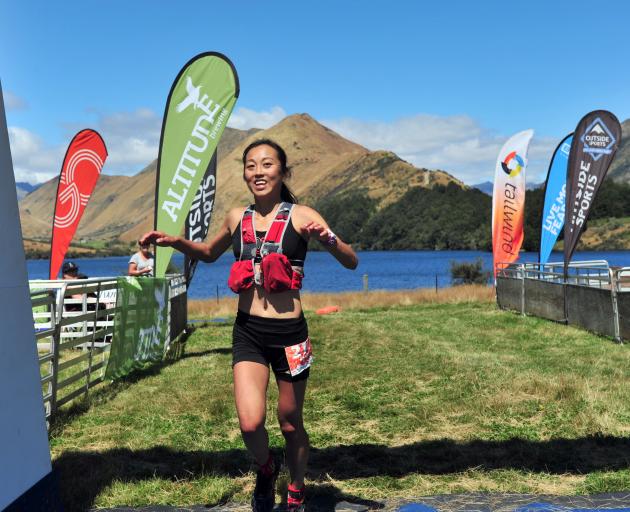 This year's marathon attracted the event's biggest field yet, with more than 600 runners from 23 different countries competing across five events.

It was the first competitive event in Queenstown for Jiang, who moved to the resort last October.

She was feeling the pressure heading into the race, after a stellar season that included wins at the Kepler Challenge and Skyline Traverse.

But she managed to continue her run of good form, claiming the win with a time of 5hr 22min 6sec.

"It was really nice, I really enjoyed the course," she said.

"It took me a while to get into it; I was struggling to get my brain and feet to work together.

"About 18km in we hit a nice little dry track, and from there onwards I found my rhythm."

She said her slower start may have worked to her advantage in the end.

"It probably saved my legs for the last two climbs."

The 28-year-old moved to Queenstown from Hamilton late last year, after developing a love for mountain and trail running during a trip to Europe.

"When I'm out running, especially in the mountains and trails, it's peaceful."

Heading into Saturday, the men's full marathon field was wide open, after two-time defending champ Ryan Carr was forced to pull out due to injury.

United Kingdom athlete Ross Gollan ended up claiming the title with a time of 4hr 33min.