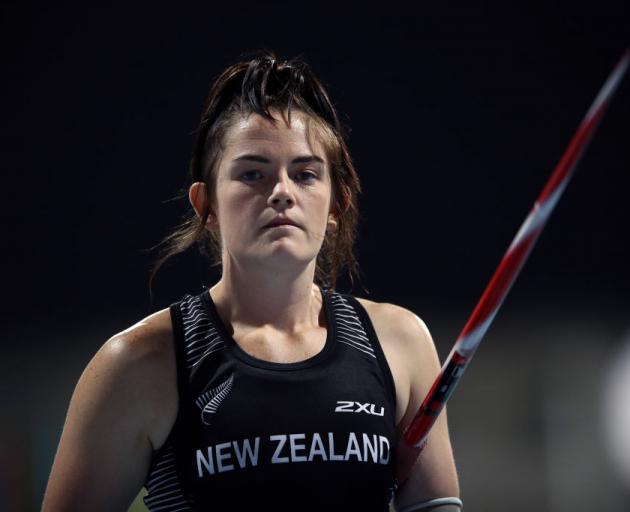 Her throw of 41.60m added another F46 javelin para-athletics world championship silver medal to her collection.

But it left the Taieri athlete well behind British rival Hollie Arnold, who threw a personal best of 44.73m to claim gold.

More significantly, it left Robinson more than 4m behind her 45.73m personal best and world record.

''A bit of mixed emotions. I didn't throw as well as I would have hoped,'' she said.

''It was a pretty tough competition and the nerves were really high.

''I had some all-right throws, but I know something big is there, it's just when it's going to happen.''

Robinson led briefly after putting out her best throw in the second round.

However, Arnold replied with her best effort on her third throw and was never challenged after that.

It left Robinson with a fifth major-meet silver, while gold still eludes her.

Her aim now is to become more consistent in her top throws as she enters her final summer before next year's Paralympics.

''Up next we are going to go with the New Zealand season and try to get a bit more consistency, up into those 45m.

''I broke the world record in April and that was a big throw for me, so I'd just like to be consistently up there and keep moving forwards.''

Meanwhile, a strong time was not enough to get Anna Grimaldi into the T47 100m final.

The long jump silver medallist ran a personal best of 12.80sec to finish fourth in her heat.

However, she was 0.12sec off a qualifying spot.

Having returned to competition from a broken foot less than a year ago, Grimaldi was now focusing on the Paralympics.

''It's not very long until Tokyo now and I still feel that I have so much to learn and work on, to try and get ready to bring to next year,'' she said.

''I'm really looking forward to getting home, refreshing and working on a few things that I've learnt from being over here.''