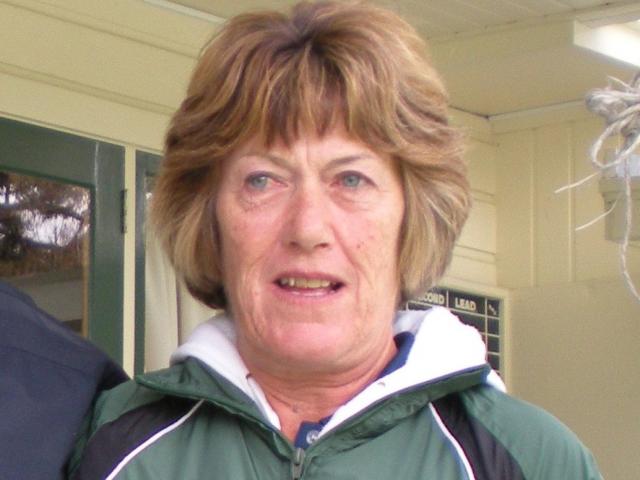 Queenstown won with 28 points and was followed by Alexandra 15, Wanaka 12, Alexandra RSA 10 and Arrowtown 6.

It was the first time in five years that Queenstown had qualified for the regional finals to be held in Oamaru in late January.

The winner of that event will represent zone six in the New Zealand final in Wellington in March.

Buchanan won her four games with her biggest win against Pip Kiddey (Wanaka) 21-2.

A feature of Buchanan's game is her accurate draw bowls that puts pressure on her opponents from the first bowl on each end.

She was backed by the pair and fours teams that also remained unbeaten in their three games.

The pair of Margaret O'Connor and Debra Lloyd narrowly beat Arrowtown's Diane Brash and Helen Bye 15-13 in the first game and drew with Mary Stevenson and Jenny Otway (Alexandra RSA) 17-17. Their biggest win was against Wanaka's Trish Hewitt and Marilyn Steel 24-14.

The Queenstown four of Jane Anderson, Margaret Tall, Nancy Buchanan and Andrea Dowman beat Reay Allen (Alexandra RSA) 18-11 in its first game and then reached top form to down Alexandra 22-6 and Arrowtown by the same score.

The only other unbeaten team was the Alexandra pair of Imela Holdom and Lyn Somerville which gained three wins with the biggest margin against Arrowtown's Diane Brash and Helen Bye 30-6.

The division two event was won by Alexandra with 50 points.