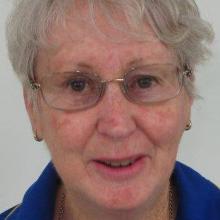 Rance (73) is the first Dunedin bowler to win 20 indoor and 20 outdoor bowls titles.

She won her 20th outdoor title last year when she skipped the winning Green Island team in the champion of champions fours. She was only the fourth Bowls Dunedin female bowler to win 20 centre titles.

"I was chuffed about it," Rance said.

"I’m the only bowler in Dunedin to do that."

Rance is now ranked fourth-equal on the Otago indoor bowls honours board with former international Kevin Darling. Gary Flewitt tops the list with 32 titles,  followed by Daniel French and Bob Cowan with 23.

Rance, who started playing indoor bowls in 1989, will represent Otago for the 23rd successive year against Southland at Invercargill at the weekend.

Otago A won the Strang Trophy in Dunedin last year with 54 points to Southland’s 42. But it will be more difficult in Invercargill because Otago lost the team event to Southland in that city in 2013 and 2015.Southland is on a high after winning the Paterson Trophy at Alexandra last month and  the triangular  tournament at Alexandra last weekend. Southland won with 105 points,  followed by South Otago 75.5 and Central Otago 32.5.

Four bowlers in the Southland team won all their six games — Peter Carnie, Warwick Gray, Graham Low and Brian Turner. They are all playing  this weekend and will be backed up by New Zealand representatives Gary Low and Suzanne Mackie.

The Otago team will be led by international Daniel French and backed up by David Webb, Kristin Gould and Nick Sinclair.

Each bowler plays nine games — three singles, three pairs and three fours — in a contest that tests the playing depth of the two centres. There will also be a separate competition between the B teams from the  centres.