Willis both nervous and confident 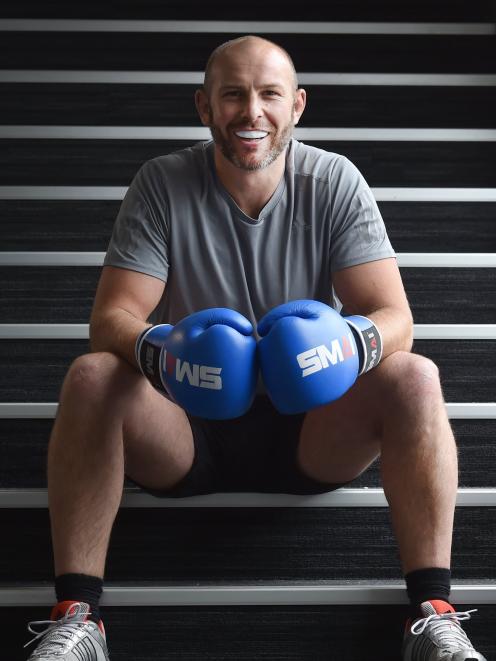 But the 39-year-old lawyer is also confident. He has been training hard for the past 10 weeks leading up to what amounts to six minutes in the ring.

He is fighting in the Pride of the South fight series which gets under way at the Edgar Centre tonight. There are 13 corporate bouts and two professional fights.

It is understood they will be the first professional bouts staged in Dunedin in more than 20 years. And while they will be the main attraction,  Willis’ fight against 21-year-old Jinan Unu shapes and the most interesting of the corporate fights.

"This really came about for me because I’ve got a worn-out old knee that doesn’t let me run," he said.

"For fitness I was swimming and boxing a bag, so it just started from that."

Willis was keen for a bit more competition than the bag was offering and decided to put his name forward for the Pride of the South fight series.

Corporate and charity boxing events have come under attack following the death of Kain Parsons. The 37-year-old was fatally injured during an event in Christchurch earlier this month.

It led to calls for the sport to be banned from the New Zealand Medical Association. Boxing New Zealand decided to stop all involvement in corporate boxing following the tragedy, citing concerns for the safety of participants and the lack of regulation being applied at some events.  Willis said the tragedy made him consider his involvement carefully.

"That was a tragic event but I’ve been very impressed with the manner in which this whole thing has been managed.

"We’ve had a compulsory boot camp and everyone has been carefully matched to make sure they are at a similar skill level, weight and fitness.

"They’ve been very diligent, even before the tragedy. They’ve made it very clear that your safety and enjoyment was a critical part of this."

Willis and Unu have been sparring in the lead-up to tonight’s fight, so they are evenly matched. Unu is heavier and younger, though.

"All that combined is a wee bit intimidating."

Willis wanted to push himself out of his comfort zone and has really enjoyed the boot camp. He has shed a couple of kilos and is weighing in at a lean 95kg — 10kg lighter than his playing weight in his rugby days.

"As well as the physical demands of the conditioning and the boot camp, it has actually been quite an emotional and psychological drain as well."You have to be brave to step in and do it."

"I’m starting to get nervous now," he added when asked how he was feeling with the event drawing nearer.

"But I suppose I can draw back on my rugby days which was a long time ago now.

"You just try to go about your business normally and try to keep your mind off it so you don’t waste too much mental energy on it. I’ll try to engage those old skills again."