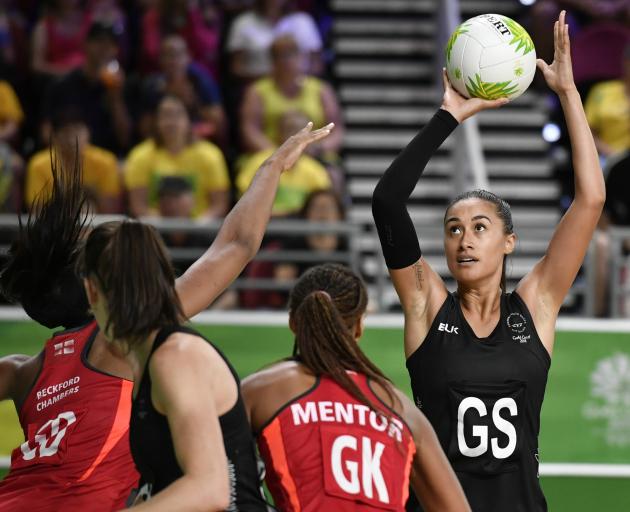 The Silver Ferns have a tough task ahead of them, facing Australia in the semi-finals. Photo: Getty Images
Confidence will be a key factor for the Silver Ferns heading into tomorrow's semifinal, according to one former player.

While the team has not performed well, Donna Wilkins believes the biggest challenge will be bouncing back mentally against Australia at the Commonwealth Games.

The losses against England and Malawi have been analysed from every angle by seemingly every commentator.

However, for Wilkins, it was important to simplify things and get in the right head space to execute well.

"Not throw the ball away," she said with half a laugh when asked how to rectify the high turnover rate.

"Netball's a basic game, isn't it? We over-analyse, but we get equal possession. We've just got to get it to the goal and get it through the goal.

"I think by consolidating our seven we'll get confidence, but it's whether they can pick themselves up from what's been happening.

"It's going to be a mental thing for the Silver Ferns if they're to do well."

She said it would be tough for the players to pick themselves up with such a short turnaround.

That was not helped by the fact that New Zealand had rarely been in a situation like this.

The team had not performed, but she felt the right players were there to get the result - if they were playing in their right positions.

Cutting down on substitutions would help, giving combinations a chance to develop.

"I'd like to see them start with their best team - obviously everyone's got their own opinion as to what that should be - and leave it.

"I felt really sorry for Te Paea [Selby-Rickit] in the game against England. She didn't have a great start, but I thought she was getting there and it was better . . .

"So I'd like to see the likes of her being left out there. She got taken off and lost all her confidence when she came back on."

That could be seen to fall back on coach Janine Southby.

However, while Wilkins said Southby's results had not been where they needed to be, she was not sure there was a better alternative.

Coaching depth - particularly at lower levels - was a key issue for her.

The immediate focus had to be on how to get the group on the Gold Coast firing tomorrow night.

But would they able to do that in such a short time?

"If you're going on our form and their form, I'd say no," Wilkins said.

"But it's a semifinal. You have equal possession; anything can happen.

"Sometimes if you've got the underdog label, you've taken a bit of pressure off yourself."

She said Australia had been impressive, although it was always wary of New Zealand.

"I'd say it'll be a lot closer than people are predicting, but unfortunately I do think the Australians will win. I hate to say it."