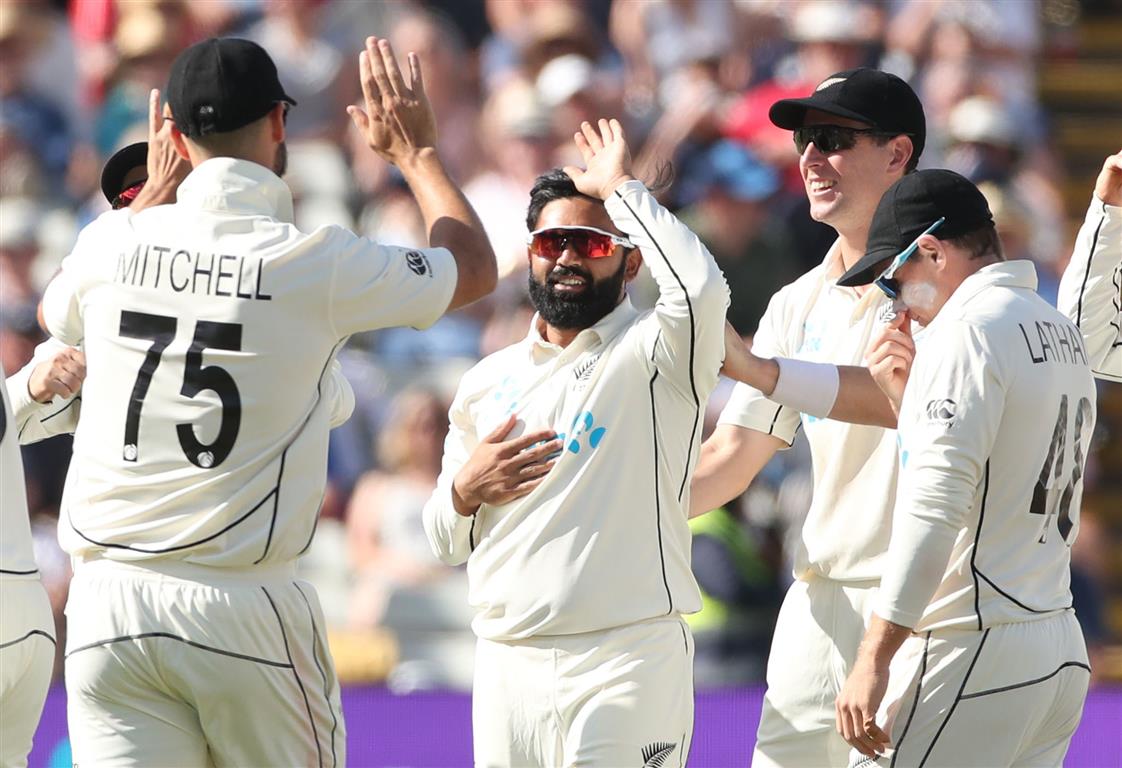 The trio combined for eight wickets in a remarkable spell on day three of the second test, with Trent Boult adding one for good measure as England finished the day a miserable 122-9, leading by just 37 runs as victory looms for the Black Caps.

While a test series victory – which would be their first in England this century – was always possible, plausible even, the dominance this Black Caps team produced on day three, especially without some frontline stars, was extraordinary.

Yes, this is an under-strength English side, but New Zealand are missing Kane Williamson, BJ Watling, Colin de Grandhomme, Mitchell Santner, Kyle Jamieson and Tim Southee - a rather significant 292 tests of experience.

You could barely notice they were missing based on the performance of their replacements on day three, with three wickets apiece to Henry and Wagner being complemented by two from Patel as a simple path emerged to a test win in England – just their sixth in history.

To make it more remarkable, this was a day that could have ended poorly for New Zealand, after a middle-order collapse.

Resuming at 229-3, New Zealand had eased to 292-3, before losing their last seven wickets for 96 runs to go into the second innings with a lead of 85.

Having struggled at the start of his innings, Ross Taylor looked more like his old self to begin day three, bringing up his second 50 in his last 15 test innings with some more assured, yet still aggressive strokeplay.

He offered a chance on 68 before departing on 80, caught behind flashing outside off, and that sparked a tumble of wickets.

Henry Nicholls (21) gloved one down legside to the keeper, while Daryl Mitchell and Tom Blundell missed their final opportunity to put their hand up for the World Test Championship final.

Mitchell departed for six, pulling a long-hop straight to short midwicket, and while Blundell made 34, he was dropped third ball and has put in a mixed display behind the stumps, making the selection of Watling, if fit, an easy choice for the selectors next week.

Patel, however, strengthened his case for selection, following up his two first-innings wickets with a pleasant 20 at No 10 that showed the tail would not necessarily be dramatically lengthened by his inclusion.

He and Boult added 27 for the last wicket, which gave the bowlers a better buffer – one that became increasingly daunting for England as the Kiwi bowlers tore them to shreds.

Henry did the most damage, removing Rory Burns second ball to an excellent Tom Latham catch at second slip, before Mitchell showed safe hands to pocket the wicket of Dom Sibley at third slip.

Zak Crawley followed, trapped lbw, and England were in dire straits at 30-3.

Just as thoughts turned to how Henry could be crammed in to a jam-packed bowling equation for next week's final against India – in place of Wagner, perhaps? – Wagner showed just how difficult the next few days will be for the New Zealand selectors.

Brought on in the 14th over, by the end of the 18th Wagner had two scalps to remind everyone of his value, trapping Ollie Pope lbw with his familiar inswinger, before having Dan Lawrence caught behind.

And then, as if there weren't enough (welcome) selection headaches for Gary Stead and Williamson, the impressive Patel got in the action, bowling James Bracey before removing England's last hope, skipper Joe Root, caught behind.

A quick 44-run stand between Olly Stone and Mark Wood ensured New Zealand will have to bat again, but with just one England wicket remaining, and a fourth-innings target unlikely to surpass 50, a special victory awaits for the Black Caps. 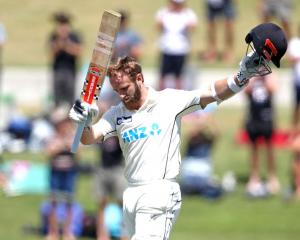