Cricket: Otago determined not to fall at final hurdle 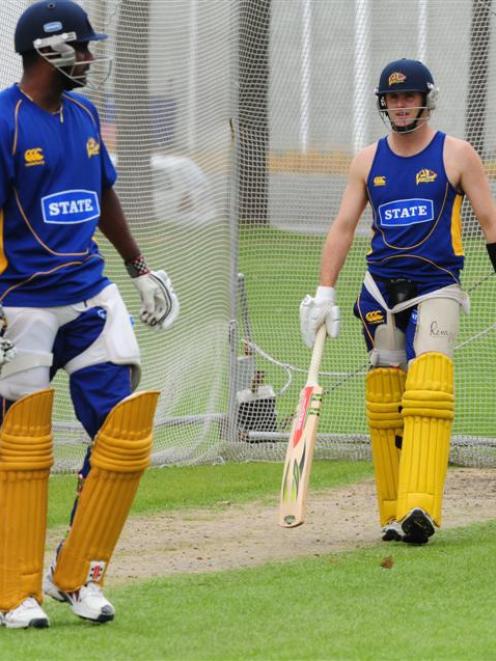 Otago all-rounder Dimitri Mascarenhas (left) and opener Aaron Redmond spend time in the nets ahead of the twenty/20 final against Canterbury at the University Oval tomorrow. Photo by Craig Baxter.
Cricket is a game full of statistics.

Most of them point to an Otago victory in the twenty/20 final against Canterbury at the University Oval tomorrow.

Otago has had the better of its neighbour in limited-overs fixtures in recent years, including an impressive 30-run win in round one of the twenty/20 tournament and back-to-back wins in one-day semifinals.

The Volts boast a classy line-up with no fewer than seven past or present internationals in the squad, whereas Canterbury has three - Peter Fulton, Michael Papps and Shane Bond.

Otago has been the form team with six wins from seven completed games.

Former test opener Aaron Redmond is the competition's leading runs-scorer with 325 runs at an average of 54.16.

The bowling attack has operated with good discipline.

Ian Butler has arguably been the pick of the seamers with 10 wickets at 16.10, and Warren McSkimming and Nathan McCullum have taken 17 wickets between them.

But there is one nagging statistic that is probably chipping away at the home side's confidence.

Otago has been in four domestic finals in the past three seasons and won just one of them.

If this side wants to be judged by history as one of the great Otago teams, then that number needs rounding up.

Tomorrow's final is also about redemption.

Otago saved its worst one-day performance this season for the final against Northern Districts in Hamilton.

And two years ago, when Otago last hosted a final, the game was a one-side contest with Auckland dismissing Otago for 119 and winning by five wickets.

"We are certainly determined that that won't be the case [tomorrow]. In twenty/20 you just need one player to have a great day. We're hopeful that player will be on our side.

"The more class players you have the better the chances are that you will have a good day. But you certainly can't take anything for granted."

Hesson was comfortable with the favourite tag. His side, he said, had earned it. But he was quick to add the game would not be any easier to win.

"When we've played against star-studded teams we certainly didn't back down. We always used to back ourselves in that situation and you don't win any games on paper."

South African duo Johann Myburgh and Kruger van Wyk are among the leading runs-scorers. Myburgh, in particular, has notched up 228 runs at 38.

Bond will spearhead the attack and is the main threat. But Michael Davidson and Andrew Ellis have taken nine wickets apiece and cannot be underestimated.

Bond's opening spell could be crucial. Conditions, though, are not likely to suit the speedster.

With heavy rain falling over Dunedin this week, groundsman Tom Tamati has been busy praying for sun and doing his best to prepare a good pitch.

But it is expected to be low and slow.

The chances of sun look bleak, with periods of rain forecast tomorrow.

There is no reserve day so, if the game is abandoned, Otago will claim the title courtesy of topping of the competition table after the round-robin stage. 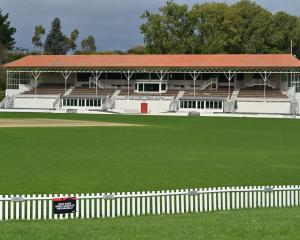