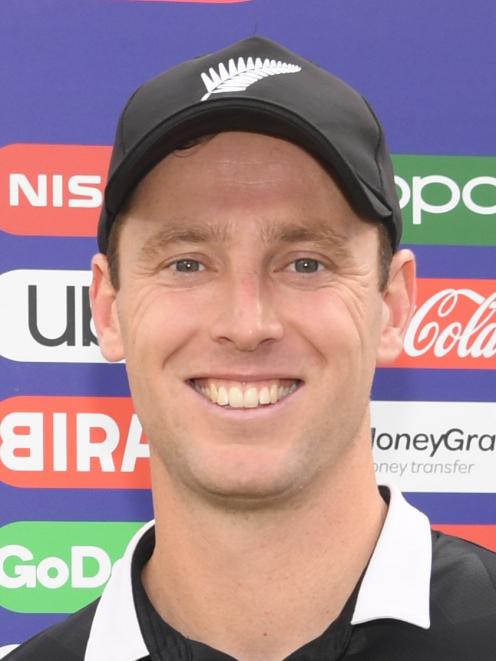 The 29-year-old Cantabrian has been called into the squad as a replacement for Neil Wagner.

Wagner soldiered through the first test against Pakistan in Mount Manganui with the aid of painkillers.

He sustained a couple of fractures in his right foot while batting in the game.

But he battled through and helped bowl New Zealand to victory with a tremendous spell on the last day.

In years to come they will talk of how Wagner hobbled in on one leg and claimed the wickets of Fawad Alam and Fahim Ashraf to help set up a famous victory.

It is very tough act to follow, but it is the task Henry has been set for the second test. It gets under way at Hagley Oval — Henry’s home ground — tomorrow.

The right-armer made his test debut in 2015 against England at Lord’s.

He picked up six wickets in a losing cause but has largely been shut out of the team.

Trent Boult, Tim Southee and Wagner have had a mortgage on the seam bowling slots, and the arrival of Kyle Jamieson has made it even tougher to crack the starting XI.

There are another three or four bowlers outside that group who would not disgrace a Black Caps test side either.

But Henry, who has 30 test wickets in 12 games, got the nod. He has been on the waiting list longer than anyone else and performed well for New Zealand A last month.

"It is always an honour to be picked for New Zealand, especially in test cricket — it is such a special format," Henry said.

"The guys have been going so great as well so to be able to come and join the team while they are doing so well is great."

The Black Caps have won their past five tests and are unbeaten in their past 16 tests at home. It is a formidable record.

Wagner, whose recovery is expected to take six weeks, has been a big part of that successful run, so his absence will be felt.

"Matt has been in good form with the ball having recently taken six for 53 for New Zealand A against the Pakistan Shaheens (A side) in December," Stead said.

Whether Henry plays or not will be determined, but what Stead and Black Caps captain Kane Williamson see when they examine the pitch.

But Hagley Oval has been a good track for the seamers, so his prospects of playing must rate as very good.

The Black Caps are the provisionally No1-ranked test team, but can make that ranking official with a win against Pakistan in the second test.

The other talking point regarding the selection of the starting XI is whether left arm spinner Mitchell Santner or all-rounder Daryl Mitchell plays.

Santner picked up the last two wickets to help seal the win against Pakistan in Mt Maunganui. But if the pitch at Hagley plays as it has in the past then Daryl Mitchell is the better bet.

He is a superior batsman and his right arm medium pacers could come in quite handy.