Jensen to turn out for Sparks 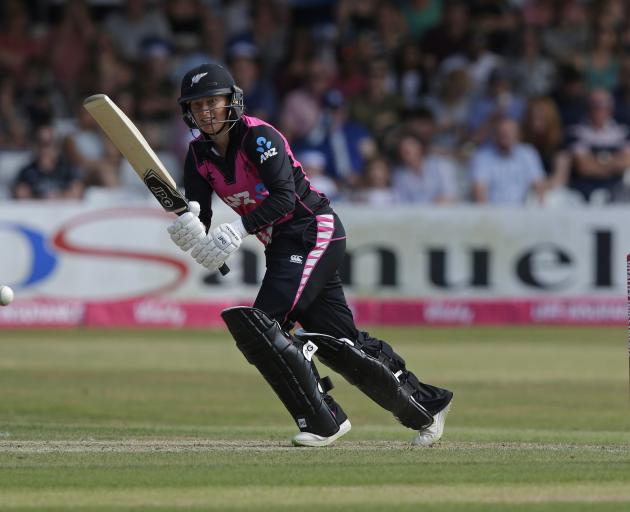 The 26-year-old may also be joined by fellow all-rounder Thamsyn Newton. More on that "bizarre situation" later.

Jensen's arrival will go a long way towards offsetting the loss of Leigh Kasperek.

Kasperek is returning to Wellington after spending the past six years in the Otago set-up. The all-rounder was one of three players the Sparks leaned on heavily during the years and the 27-year-old delivered some tremendous performances.

"Hayley will add a lot of stability to the batting and also with the ball," Sparks coach Nathan King said.

"In many ways she is a like-for-like replacement for Leigh Kasperek. Hayley will fill that position that Leigh has held in the past for us."

The medium pacer lives in Canberra with her wife, Australian cricketer Nicola Hancock. But she will be based in Dunedin for the season.

Jensen has played eight one-day internationals and 20 twenty20 matches for her country.

"She feels there are more opportunities with Otago that maybe she wasn't getting at Canterbury, particularly with her batting."

Wellington all-rounder Newton also feels there are more opportunities for her down south, but is not keen on abandoning Wellington completely.

She wants to play for Otago in the T20 competition but stick with the Blaze in the one-day tournament.

"That is the intention. She has expressed a desire but we are waiting for that to be signed off by New Zealand Cricket.

"It might not happen yet because I can't recall when this sort of thing last happened - having a player play for one team in one competition and for another team in the other. It is quite a bizarre situation really."

King is hopeful Newton will get the clearance she needs, though.

Otago can use the help. Batsman Poly Inglis shone last season but she went to the United Kingdom during the off-season and has decided to stay on and will not be available for Otago this season.

"She has done really well during the last two years, so that is another big loss for us."

Megan Gibbs, who played 40 one-day games and 26 T20 matches for the province has retired. That is another gap to fill, King said.

Otago is keen to get an import but King hinted that player was likely to come from Australia.

"We need to get this stuff that is happening in the background sorted first before we can decide what type of overseas player we want to complement the other players in the squad.

"We've got some players in mind ... but there is a break in the Australian domestic competition which would allow for their domestic players to play some twenty20 cricket in New Zealand as well.

"Purely from a cost perspective, it would make more sense to get an Aussie player."

The winners will meet in the final on Sunday.