Volts have ingredients for success 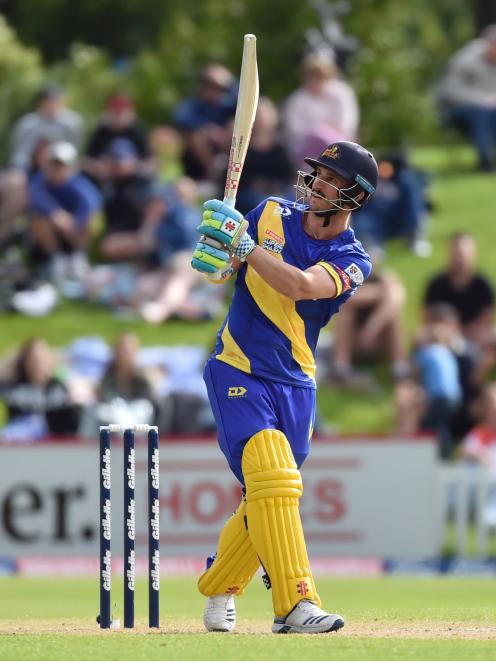 The Otago Volts certainly tick a lot of boxes.

Veteran right-hander Neil Broom is closing in on 150 T20 games and is well-versed in pacing an innings.

New Otago recruit Mitchell McClenaghan has played even more T20 games and the left-armer makes a living on the circuit.

All-rounder Dean Foxcroft is missing this season. The South African-born player has been unable to return to New Zealand due to the border restrictions.

He is a big loss but the Volts still have the core of the side which made the playoffs last season and surprised a lot of teams with the quality of the cricket they played.

All the ingredients for success are there. The Volts have the added bonus of starting the competition with pretty close to a full strength side.

Talented all-rounder Nathan Smith is sidelined with an abdominal strain and Foxcroft is not around.

But its opponent for its season-opener at Molyneux Park today is down on more firepower.

Auckland will be without towering seamer Kyle Jamieson. Mark Chapman and Martin Guptill are unavailable due to injury, while the dangerous Colin Munro is plying his skills in the Big Bash League in Australia.

The Aces, however, will be able to call on the furious hitting-power of Black Caps batsman Glenn Phillips.

His presence will be a boost for Auckland. The Aces suffered a four-wicket loss to defending champions the Wellington Firebirds on Thursday.

Phillips clouted an undefeated 106 from 61 balls in T20 against the Volts at Eden Park Outer Oval last season.

He has also scored a couple of list A hundred against Otago, including one at Molyneux Park.

His wicket will be highly-prized. And while McClenaghan has been drafted in to strike at the top, Jacob Duffy is the heart and soul of the Volts’ bowling line-up.

He will be feeling confident having taken four wickets against Pakistan during his international debut earlier this month.

Smith’s absence is a blow. He typically bowls at the death and has some clever variations.

He has had a couple of standout games for New Zealand A and is another player in the Volts’ squad who is on the rise.

The 31-year-old right-hander played seven first-class matches, three one-dayers and four T20 games for the Volts between 2014 and 2015 and has re-emerged this year after a five-year absence at the top level.