Chris Wright
National Premiership football may yet make its way to Dunedin this year.

Fans will have a couple of southerners to cheer on too, if it does.

Canterbury United will represent the whole South Island when the men’s national league begins in mid-November. It follows the withdrawal of Southern United and Tasman United from this year’s league, due to the impacts of Covid-19.

There are hopes the Canterbury team will be able to play a game at Forsyth Barr Stadium and Football South chief executive Chris Wright has confirmed that option is being explored.

He added Southern players Danny Ledwith and Stephen Last, both development officers for Football South, would play for the team this season, travelling to Christchurch on Thursday nights and working from there on Fridays.

Wright said it was a good compromise in that it kept the duo in the South, but also enabled them to play in the premiership.

He added as they had worked most weekends through the winter, this was their first chance to play since Covid-19 stopped last year’s premiership in March.

They were in action, alongside former Southern star Garbhan Coughlan, at Logan Park Turf on Saturday. Canterbury beat a Southern Premier League select team 3-0 in a pre-season match.

Many of those players would be involved in a Southern United development squad, being run by Ledwith and Last. Wright said they were targeting the 16 to 19-year-old age group, filling the void of the discontinued National Youth League.

The programme starts next week and it was hoped there would be some games as part of it.

An equivalent programme would be run on the women’s side of the club.

It would train next to the national women’s premiership team and would play against an equivalent Mainland team on Saturday, following the national league match at Logan Park Turf. 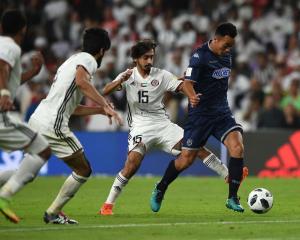 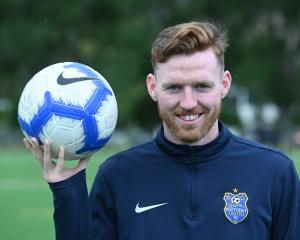 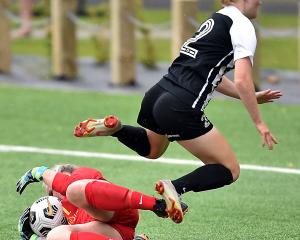