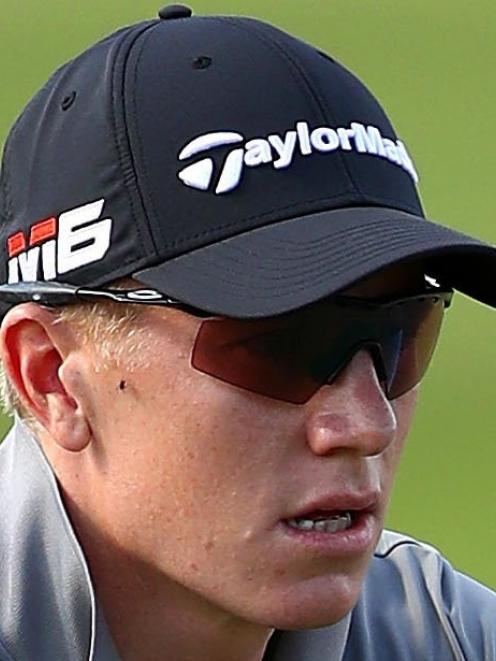 James Anstiss
Queenstown professional James Anstiss finished his New Zealand summer with a bang but there is new ground to explore as his career continues in an upward trajectory.

Anstiss won the Muriwai Open, a Charles Tour event, coming from a seemingly impossible position to win the title earlier this month.

It bodes well for the next few months when he will head overseas.

Anstiss, who has just turned 24, earlier in the season won the Harewood Open in Christchurch, another Charles Tour event, and he said it had been a pleasing summer.

"I've just started to get a lot more comfortable at this level and confident that I can play well. When I go to these events now I expect to play well and be in to win rather than just going along and hoping to do well,'' he said.

Anstiss said he had made real improvements in his game and was slightly above his expectations so far in his career.

He turned professional about 18 months ago after an amateur career which included a college golf scholarship in the United States. He estimated he had won from $NZ40,000 to $45,000 this summer.

Anstiss is not resting on his laurels over winter and will today head to Australia, where he will spend time in Melbourne and on the Gold Coast before heading to Papua New Guinea next month to play in the PNG Open in Port Moresby.

He will then head back to Western Australia to play in a few pro-am events. A tilt at the European Tour qualifying school later in the year is also on the cards for Anstiss.

He made it past the first stage of qualifying last year but failed to get past the second stage.

"It's brutal but everyone has to go through that at some stage.''

Coached by Ben Gallie, at Millbrook, Anstiss signed off his New Zealand summer with the win in the Muriwai Open.

Going into the final round, Anstiss was still a fair way off but not out of contention.

He had shot a first-round 73 and a second-round 67 which still left him seven shots behind Gareth Paddison at the halfway stage.

A 70 in the third round had him six shots from Paddison going into the final day with Josh Geary also in the mix.

"At the start of the day and being six behind I had no real expectation of winning.

"So no expectation, I think, helped me play well. But I was just playing as well as I could but nothing seemed to be going my way.''

He was still five shots behind at the start of the back nine but the switch was flicked and he went 5-under in the last seven holes. Others fell by the wayside as he charged towards the title.

Sinking a clutch 12m putt on the 17th gave him a two-shot buffer which he held to the finish. Leading amateur David Hillier, of Wellington, finished second.

Anstiss finished his final round with a 65 - par is 72 - and shared a prize with two others for the lowest round of the tournament.