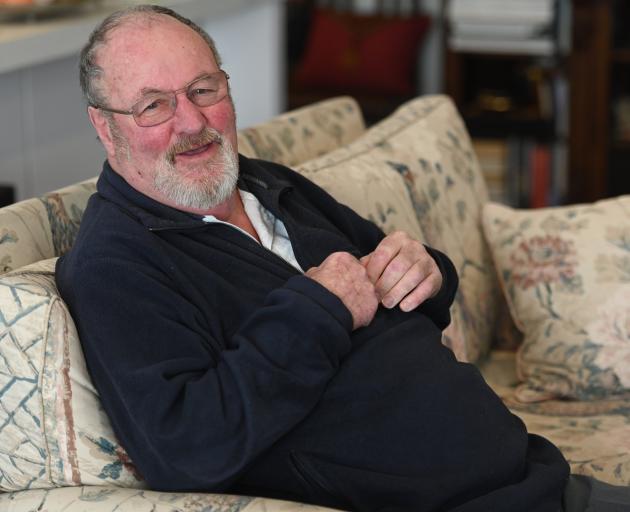 His father, Jack, played the game and was the club senior champion at the Otago Golf Club in 1930. His mother, Lilian, also played the game, so it was no surprise Trewern picked up a club aged 9.

The 70-year-old has not stopped since.

A competitive player who once played in the New Zealand Open - he failed to make the cut in 1968 - Trewern has been around the game doing a variety of tasks, including watching, tutoring, managing and writing.

He first started writing for the Otago Daily Times in 1970.

"Geoff Adams was the features editor then and there was an education page each Wednesday. So I wrote a full-page article on statistics," Trewern said.

"It was published on the Wednesday and the next day [then sports editor] Dudley Manning rang me up and asked me to be the golf writer. I was doing a thesis at Christchurch Teacher's College at the time. But I was keen. I was known as just the golf writer, so I could say a few things - a bit of gossip."

The 1970s were great days for the sport. The Otago Charity Classic took place at the St Clair Golf Club and attracted players of the calibre of Seve Ballesteros.

"Golf boomed in the 1970s. Just the players that were around - Arnold Palmer, Gary Player, Bob Charles. It was very tough to get memberships of clubs. They were all full. Juniors were not allowed to play on Saturday afternoons. They had to play in the mornings.

"The Charity Classics were a lot of fun. Just the players they attracted and the high standard of golf."

Trewern also got to cover the 1979 British Open at Royal Lytham & St Annes, when he was in the UK on a working holiday.

"There was like 80 reporters there, all the guys from Fleet St. It was the year when Dennis Clark, from Rotorua, was tied for fifth after two rounds. So everyone wanted to know who he was."

Trewern wrote some colour pieces and sidebars from the tournament, which was won by Ballesteros.

That was the glamour, but for Trewern, his focus has been largely on the game in Otago.

He taught at Otago Boys' High School - as a physics teacher and also assistant principal - for more than 40 years, and was deeply involved in golf at the school.

"There are 14 guys who have turned professional which I have been involved with. Guys like Greg Turner, Mahal Pearce, Alan Rose, who is the pro up in Wanaka now.

"They loved the game. That is what makes players.

"The game is a lot different now - just the technology. The way the clubs are; GPS, while we used to walk round to see how far it was. The ball used to be smaller and when it changed to the bigger USA ball it felt like you were hitting a cricket ball."

Trewern, who also coached, refereed and reported on basketball, said golf was based on the four Ps - patience, practice, perseverance and play for the present.

"When I mean play for the present, it is about not worrying about what has happened or what is in the future and the hard holes coming up.

"Just play for the present - the hole you are playing. Golf is a tough game. Mentally it can be very hard."

The OBHS school side headed to the world schools championships twice in the early 1990s, finishing second once.

Trewern helped grow the school's golf team, saying the trick was to get the juniors to link with the seniors and learn good habits.

The best player he has seen was Ron Timms, who had a "better swing than Bob Charles".

Trewern, who was always one for a laugh and calls a spade a spade, never played in a Toro but reported on three Otago Toro victories, in 1973, 1978 and 1982.

He said the Toro was a very hard tournament to win. Otago had made some finals in the past few years without taking the title.

The writing had always been a pleasure, he said, and some stories remain in the memory.

"Balmac was hosting the Toro and the greens had gone brown. I managed to get hold of the club president, a doctor down at the hospital. I went down to see him and he said `where did you get that information? I'm not talking to you. I'm not being interviewed'."

When he wrote about basketball, he would referee games, then go and sit behind stalwarts such as Murray Muir and Enoka Macdonald, who would discuss games. Trewern would simply get a report by listening to them.

Age and some health issues have led to the decision to stand aside from reporting and take a back seat in other golfing roles.

He would undoubtedly miss it, but time waits for no man. It had been a good run and he had enjoyed every minute of it.