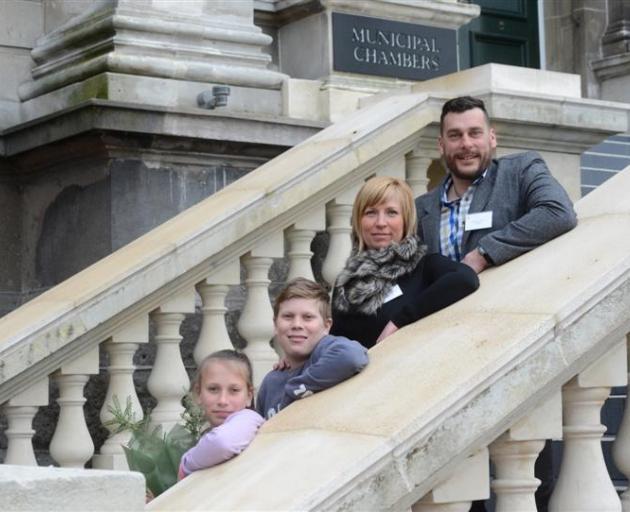 The Kaszala family (from left) Jazmin, Valentin, Andrea and Janos outside the Municipal Chambers in Dunedin yesterday. Photo by Linda Robertson

The Ice Blacks and Dunedin Thunder ice hockey coach and his family, who are originally from Hungary, and 36 others got their New Zealand citizenship at a ceremony at the Municipal Chambers in Dunedin yesterday.

Kaszala said finally being a Kiwi was a ''great moment'' for his wife Andrea, son Valentin (13) and daughter Jazmin (9).

Now that he is a New Zealander, Kaszala is looking forward to travelling under a New Zealand passport when the Ice Blacks go to world championships.

''I was always the only one travelling on a different passport,'' he said.

''When we went to Turkey, the guys with the Kiwi passports just walked through, while I had to line up for a visa for two hours.

''Every time we go, they have to wait for me two hours on the bus because I'm still not in the country.''

Kaszala and his family are from Budapest, where he played ice hockey professionally and won multiple championships with Dunaferr and Ferencvaros, while also earning 54 caps for the national team.

He studied to be a coach and a physical education teacher in Hungary, and opted to move his family elsewhere after being struck down by a couple of knee injuries.

The Canterbury Red Devils were the first to offer him a job as a player-coach, so he and his family moved to Christchurch.

After living in the Garden City for five years and helping the Red Devils win a national title in 2009, Kaszala got a job offer to coach in Dunedin.

He has been in charge of coaching players aged 5 through to those in the Thunder and Ice Blacks the past four years and ''loves'' life in Dunedin.

''We originally moved to Christchurch for a year. Then we decided to stay longer and longer and longer. After that, we felt that we were born in the wrong country. We always felt this is our country.''

Andrea is an area manager for a local merchandising company, while Valentin and Jazmin are in their last year at Portobello Primary School. 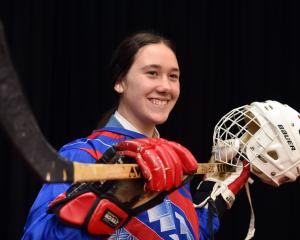