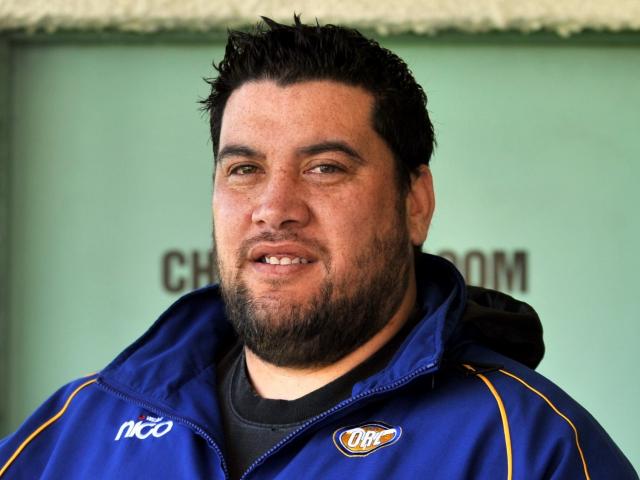 Dave Reedy
A new piece of silverware will be on the line for the Otago Whalers this weekend.

The side will defend South Island rugby league's new challenge trophy against the Aoraki Eels in Timaru on Saturday.

Introduced this year, the Whalers became the first holder by virtue of winning the league last year.

That will add extra incentive, as will an easier route to Auckland.

A change in structure has done away with the promotion-relegation game to the national premiership.

While that was a big driver, coach Dave Reedy did admit it was a shame to lose the old structure.

It meant the side no longer played the top two North Island sides and could not progress to the higher league.

Over the past two seasons, it had come up just short in getting to the promotion game - last year going down to Northland on points percentage in a tiebreak.

''It's been our goal to get up there and try to test ourselves against those top sides,'' he said.

''Also with the change of format we get one less game.

Reedy is expecting a tough challenge to emerge from the South Island once again.

The Whalers had a 48-10 win over Canterbury Maori in their first game two weeks ago.

However, he felt the scoreline had flattered the Whalers.

He said the side would focus on holding on to the ball and completing its sets - hoping to increase its completion rate from 59% to 80%.

The team had plenty of turnover from last year, although had regained some experience among the losses.

Taua Piri has returned to the halfback role, while prop Tyson Ball and hooker Shaun Tahau are also among key players come in.

Among the key losses are Andre Kemp who has gone back to Wellington and Owen Draper, who is playing rugby union.

Despite that, Reedy said the team was tracking well.

It was doing things a little differently this year, which meant it was the older players who had to adapt, rather than the newer ones.

He also felt the side's fitness was a big positive this year.

''We're fitter than we were last year.

''We lost a few key players from last year's team, but we've got quite a few new ones and younger ones.

''We're still not a big team, but we're more mobile and fitter this year, I think.''

The side has games over the next three weekends. After this week it plays the West Coast Chargers in Greymouth, before hosting the Southland Rams at Forsyth Barr Stadium.