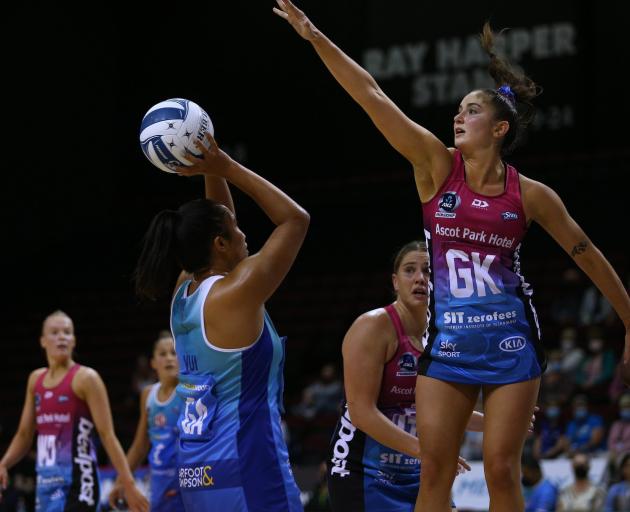 The 25-year-old defender was named as one of 27 triallists for the Silver Ferns squad yesterday, before the Commonwealth Games and lead-in matches.

She joins Steel midcourters Shannon Saunders and Kate Heffernan, who were both in last year’s squad.

Burley moved south from Auckland this season in search of more opportunity.

She quickly made an impression with her energetic play and ability to snaffle ball.

Also included from the South was Northern Stars goal attack Jamie Hume, who is from Clyde, and Central Pulse goal shoot Aliyah Dunn, who is from Invercargill.

Silver Ferns coach Noeline Taurua said it had been an in-depth selection process.

"There have been many factors which have gone into naming our trialists with this year’s ANZ Premiership the final stage to see if players have progressed and shifted in performance areas," she said in a statement.

"We’ve had some tough decisions to make, and injury has also played its hand in the final make-up of the trialists."

Taurua has become renowned for her fitness standards as a prerequisite for making the team.

However, she said that was only one factor in selecting the final team.

Physical loads and capabilities, injury status and robustness, performance analysis benchmarks, health and wellbeing and compliance would also be taken into account.

"We carried an extended squad into the series against England, Aotearoa Men last year and Netball Quad Series, in January, with these selections in mind and the majority of the Silver Ferns Squad and Silver Ferns Development Squad getting an opportunity to get out on court," Taurua said.

"I’ve seen these players for many seasons in different environments. They have received a lot of feedback.

"For Silver Ferns to be in contention for gold at the Commonwealth Games we need athletes who are committed to grow their game, work for each other and have specific skill sets that enable us to play a certain game plan on court.

"Trials are another opportunity for us to create our own pressure and to see if players can deliver under that pressure. I’m looking forward to seeing who rises to the occasion."

Netball New Zealand will announce the Silver Ferns team on June 27 before the four-team series in Auckland on July 13-16.