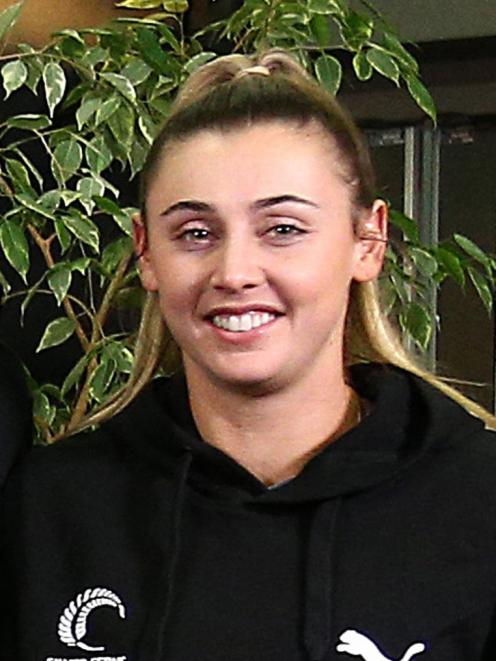 That was evident from Gina Crampton yesterday.

There was plenty of emotion from the wing attack following her decision to leave the Southern Steel.

She will move to Auckland to join the Northern Stars for next year’s ANZ Premiership.

After a decade in Dunedin, it was time for a change, she said.

Most of her friends had moved on and she wanted to experience something new.

She was not quite sure why she chose the Stars, although they had a vacancy at wing attack and the prospect of playing with goal shoot Maia Wilson was attractive.

But it was not a decision that came without pain.

"It’s probably more sadness at the moment," Crampton (28) said of how it felt to be leaving.

"I think I’ll be excited for next year when it’s all done and I’m actually up in Auckland.

"Sad to leave the people and the team, but really proud to be part of it.

Crampton moved south to study in 2010. A year later she made the Otago NPC team and in 2012 debuted for the Steel.

The side had been rebuilding in those early years and she formed a core — alongside the likes of Shannon Saunders and Te Paea Selby-Rickit — that developed into a dominant team.

In 2015 she became a regular for the Steel and has been influential in its midcourt ever since. She was named New Zealand’s ANZ Championship player of the year in 2016, before the Steel won back-to-back titles in 2017 and 2018.

Those titles were highlights, although she said all of her Steel career — which finished just shy of 100 matches — had been memorable.

Over the past two seasons she has teamed with Te Huinga Reo Selby-Rickit to co-captain the team.

Having been through the tough times to achieve success had been particularly special.

"That’s a huge part of the journey.

"Being able to be there for so long and going through times where we lost quite a bit and we won every now and then.

"And then winning a lot of the time was really cool. It was good to be part of it."

While this year had been tough for the team, she said that had not been a factor in her decision.

"That was definitely something that played on my mind.

"I didn’t want people to think that I went because we went down a bit this year.

"It was obviously a tough season and year for everyone in the country.

"That had nothing to do with it, really. It was just time to go."

Alongside her move to Auckland she had started a business with fellow Silver Ferns leaders Jane Watson and Ameliaranne Ekenasio. The trio would offer netball training sessions to individuals, small groups and teams, covering a range of areas.