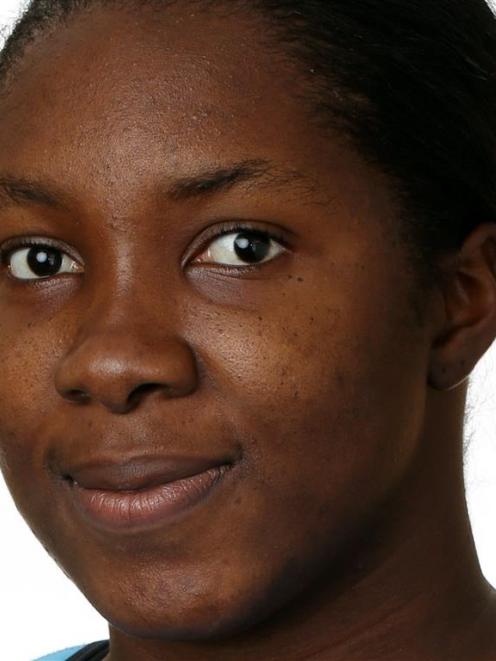 Fowler-Reid, who has played 55 games for the Steel since joining the side in 2013, will return for her fifth consecutive season with the southern franchise when it competes in the inaugural New Zealand Elite Domestic League in 2017.

There were concerns the rival Australian league would lure the likes of Fowler-Reid across the Tasman next season but the Jamaican star was in no doubt about where she wanted to play her netball.‘‘I'm excited to embark on a new competition with the Steel.

"Honestly, I am just so keen to embrace it. I know it's going to be just as exciting and just as intense [as the ANZ Championship].

"Family is so important to me and I feel like family here. Everyone looks out for me and wherever I go I feel like I'm home. This is my second home and happy players make good players.''

Lana Winders.
Fowler-Reid set an ANZ Championship record 779 goals this season and snaffled 88 offensive rebounds as the Steel enjoyed its most successful season in its nine-year history.

It was unbeaten in the regular season but lost both its playoff matches and was knocked out in the semifinals.

The Steel is largely a young side and Fowler-Reid is keen to see the franchise build on what it had achieved this year.

"It was more than a step up [from previous seasons]. I think we have taken a few steps up.

"I think we will be a force to be reckoned with this coming season. There is much more to come because we do have a lot of room to improve. Imagine if we improve on what we're already doing - we're going to be dominating.''

"She's one of our first full signings for the new elite league and provides an incredible platform from which to build the rest of the player roster.''

Fowler-Reid will head home to Jamaica tomorrow with husband Andre and their 6-year-old daughter, Drehannah.