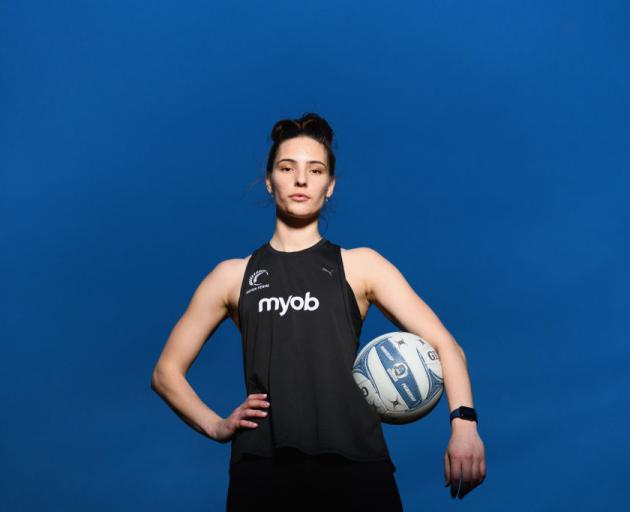 Karin Burger. PHOTO: GETTY IMAGES
Silver Ferns defender Karin Burger has been ruled out of the Commonwealth Games with a navicular fracture in her foot, which will require surgery.

Burger, who has 33 test caps, suffered the injury during the final round of the ANZ Premiership and will not be named for next week’s Silver Ferns trial.

The Silver Ferns medical team confirmed the fracture requires surgery within the next few weeks, ruling her out of next month’s Commonwealth Games in Birmingham.

Silver Ferns coach Noeline Taurua said it was a disappointing blow for the team and Burger.

"We really feel for Karin who has been a key member of the Silver Ferns defensive unit over a number of years," she said.

"She is hardworking, diligent, a ball-getter and a fantastic team person. We will miss her immensely.

"We have to look ahead now, and Karin can use this opportunity to fully recover and prepare herself with next year’s Netball World Cup in mind."

Burger, who made her Silver Ferns debut in 2018 and can cover all three defensive positions, said she was still coming to terms with missing out on the opportunity to represent New Zealand at the Commonwealth Games but was now focused on recovering from her injury.

"Obviously this is not how I pictured the next few months going but injury is a part of an athlete’s life," Burger said.

"I now need to work my way back from this and look ahead to what is another big year with the Netball World Cup in South Africa in 2023."

The Silver Ferns triallists for the series involving New Zealand A, the New Zealand men and a mixed team, and for the Commonwealth Games, will be announced today.

The Commonwealth Games team will be announced on June 27.