Netball: Finch back to take on new role 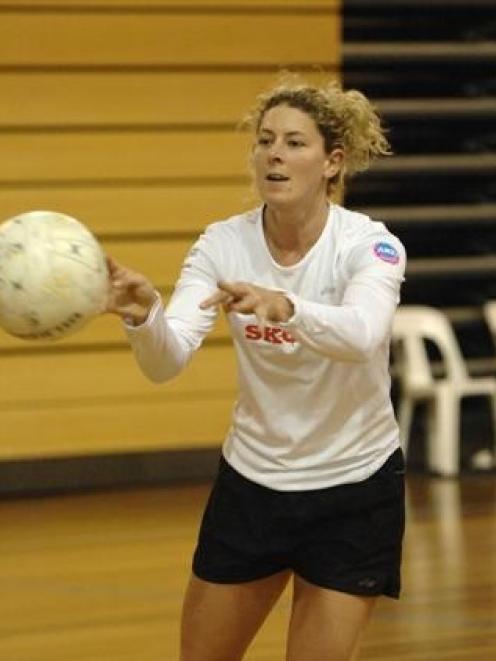 What the 26-year-old Dunedin-based school teacher thought was going to feel like dancing with the devil turned out to be a positive experience.

"I suppose that made it a wee bit easier," Finch said.

"I always thought I'd never play for Canterbury. When I'd play for Otago against Canterbury I'd be like grrrrr, grudge grudge. But it didn't feel like that. I was just playing netball because I loved it and it didn't really matter who I was playing for."

Finch said the Canterbury Tactix enjoyed a good profile and really good support from the community.

As far as returning there next season to play - she will consider it.

"It is definitely an option. I loved the season this year and I don't really want to be chopping and changing every season."

Having the chance to play alongside evergreen midcourter and Silver Ferns captain Julie Seymour was a highlight.

But that is in the past and Finch has a new role with the Otago national championship side this season.

Otago had a relatively young side but it was not short on talent, Finch said.

"Obviously, our team is really young . . . but I do think there is still a bit of experience. There are so many New Zealand under-21 players in the the squad . . . but they have not quite got that hardness yet."

The province started its national championship campaign in positive fashion with a 60-53 win against Waikato at the Lion Foundation Arena last weekend.

It was far from a polished performance but when Otago did string together some good moves the team looked very promising, a point not lost on Finch.

"I don't think we played our best. I think we let ourselves down with the mental side of the game. We'd get a couple of intercepts and then would kind of cruise and relax instead of putting our foot down and really thumping the team."

Finch said Otago would not be able to take a nap against Auckland this weekend.

The North Islanders were stung by Southland in Invercargill last weekend and will be determined to produce a better performance against Otago in front of their home fans.

"I think Auckland will definitely be annoyed with their loss. They're very skilful and I think they'll come out firing. But we know we're up against and have prepared for it."