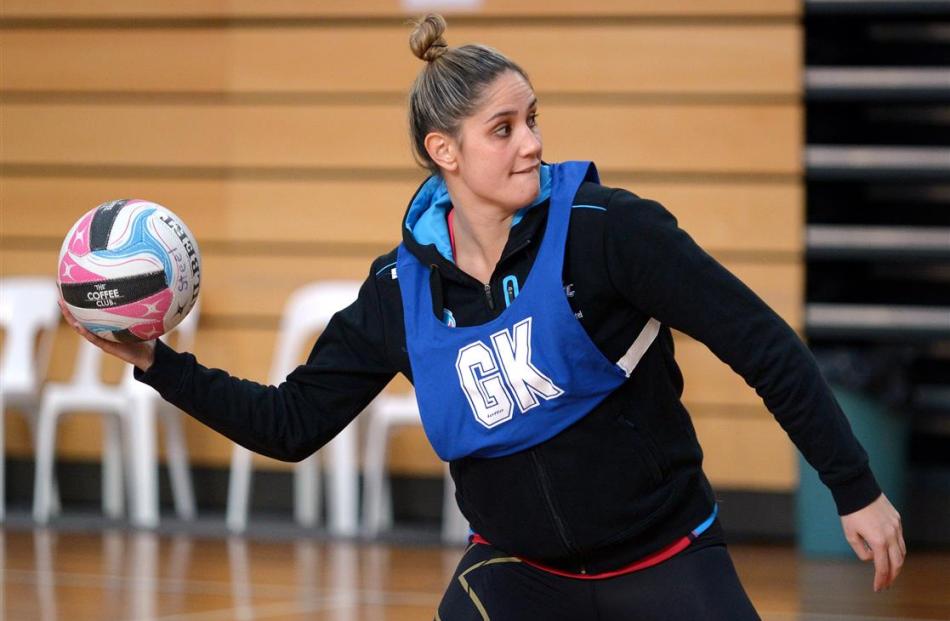 Te Paea Selby-Rickit is a key player for the Southern Steel. Photo by Gerard O'Brien

The ANZ Championship is nearing the halfway stage and the Southern Steel has emerged as runaway leader in the New Zealand conference. Reporter Damian George looks at the prospects of each of the Kiwi sides.

The oil: Has emerged as clear favourite to claim the New Zealand conference after going six rounds unbeaten and knocking over two Australian sides.

It is three wins clear of the next New Zealand side and probably just has to keep beating Kiwi teams to secure top spot. The draw has been kind to the southern side which is starting to hit its straps.

It has a bye this week, which will give key player Te Paea Selby-Rickit a chance to fully recover from a foot infection. Will be targeting wins over the Pulse, Mystics, Tactix and Magic and could potentially beat the Vixens in Invercargill.

The Swifts in Sydney could be a bridge too far and the game against Firebirds will give an indication of how good this side is.

The oil: A vastly-improved side from last year. It has just two wins from six games but has already played three Australian sides and has four home games remaining. It looks to be in three-way fight with the Mystics and Pulse for the final two New Zealand playoff spots.

The shooting partnership of Malawian international Mwai Kumwenda and Silver Fern Bailey Mes has been effective so far.

It has already secured crucial wins against the and Pulse and drew with the Steel in second round, but it remains to be seen how it will perform in crunch games. Its final game against the Mystics could be a decider.

The oil: It is better than its record suggests but will need to get its campaign on track soon, and this week's game against the Pulse would be a good time to start.

It has already ticked off three Australian sides, including the Firebirds, and has four home games to come. Performances continue to disappoint given its roster including Kayla Cullen, Anna Harrison, Maria Tutaia, Catherine Tuivati and Serena Guthrie.

It is surely too good to keep losing and should come home strongly.

The oil: It has yet to make ANZ Championship playoffs, although it would have done so in recent years under conference system. Its matches against the Tactix and Mystics will be crucial.

It has three matches against Australian sides to come, and those can probably be written off. It has three home games remaining as well, including one against Vixens.

It was hit by the loss of Jodi Brown in the pre-season, although young goal shoot Maia Wilson has been a revelation. Its only win was against the Magic, but it did secure come-from-behind draw against Mystics.

The oil: Things have gone from bad to worse for the injury-hit Magic, but they could be about to get easier. It was walloped by the Vixens and Fever in the past two rounds but has a run of New Zealand matches over next six weeks.

It has not recovered from the absence of Leana de Bruin all season and Grace Rasmussen since round one, although Rasmussen could return this week. It is only three points away from the third-placed Mystics, so could claw its way back into contention with some wins in the next few weeks.