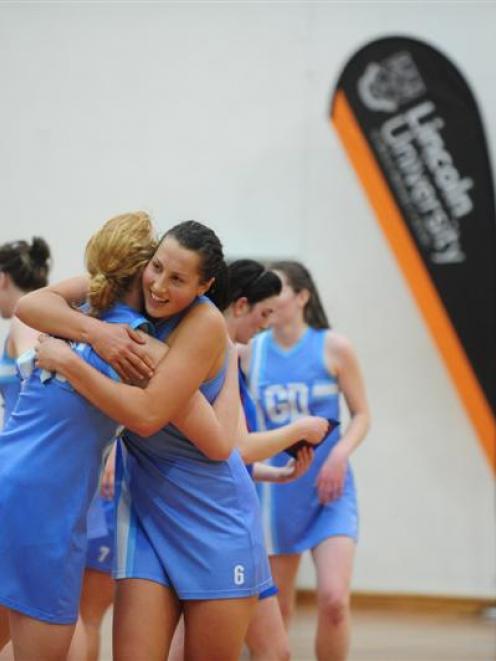 The 39-28 victory was comfortable enough, but both sides played some delightful netball in front of an enthusiastic crowd of about 1800.

Villa Maria coach Bev Gordon, a former Otago player, said the win was a good reward for the school.

"We've been working on this since March this year . . . and I think they deserved it," she said.

"It was convincing in the end. It took them a wee while to warm up, but once they gelled as a unit, the goals just came."

Villa Maria had the luxury of having an ANZ Championship player in the side with Canterbury Tactix shooter Ellen Halpenny putting up the goals.

However, Gordon said it was a "total team effort".

•  Dr Paul Johns of the Otago Sports Injury Clinic said the clinic had treated 330 patients during the course of the four-day tournament.

While that sounded like a lot, Johns said it was about average for a tournament of that size.

Most of the injuries were minor, such as sprained ankles.

The clinic used 1.4km of tape and strapping which Johns said was enough to wrap around the Edgar Centre two and a-half times.

Chance for Heffernan to take on more leadership