NZ loses another coach to Australia 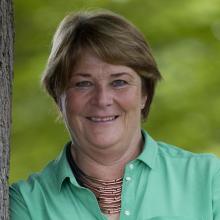 Julie Fitzgerald.
Netball New Zealand says it is undeterred by the movement of two of the ANZ Championship's top coaches to Australia as the recruitment battle sparked by this year's transtasman split heats up.

The Waikato-Bay of Plenty Magic yesterday joined the Southern Steel in looking for a new coach for next year's domestic competition, when the experienced Julie Fitzgerald confirmed she will take charge of an additional New South Wales side in the new Australian domestic league from next year.

Fitzgerald follows former Steel coach Noeline Taurua in moving across the Tasman, after Taurua announced this week she will take the reins at the new Sunshine Coast-based side.

Fitzgerald, originally from Sydney, has coached the Magic for the past three seasons, leading it to the New Zealand conference title the past two years and to third place in 2014.

The Magic announced yesterday she had signed a three-year deal with the New South Wales franchise.

Netball NZ head of high performance Steve Lancaster said movement was inevitable, given the cessation of the transtasman ANZ Championship, and pointed out it was not happening only one way.

"We're never happy to lose our best talent out of the New Zealand system, but we're pretty accepting that we're moving into a new era and that's a natural evolution when you have more than one competition and more teams.

"There's opportunities to move between competitions. The new Auckland-based side has secured [former Melbourne Vixens coach] Julie Hoornweg, so it's not only one-way traffic across the Tasman.''

There was growing certainty around the competition, given four of the six New Zealand sides which will compete in next year's inaugural New Zealand Elite Domestic League had already confirmed their coaches, Lancaster said.

Lancaster said it was pleasing both had come through the ranks by coaching regional and national age-group and development sides.

He was also confident the new six-team structure would be able to sustain interest among fans.

"Our overarching feeling is we're really excited about what next year holds. The new competition is going to be fantastic and will be good for the sport.

"What we know is some of the best matches we had in the ANZ Championship were the domestic match-ups.